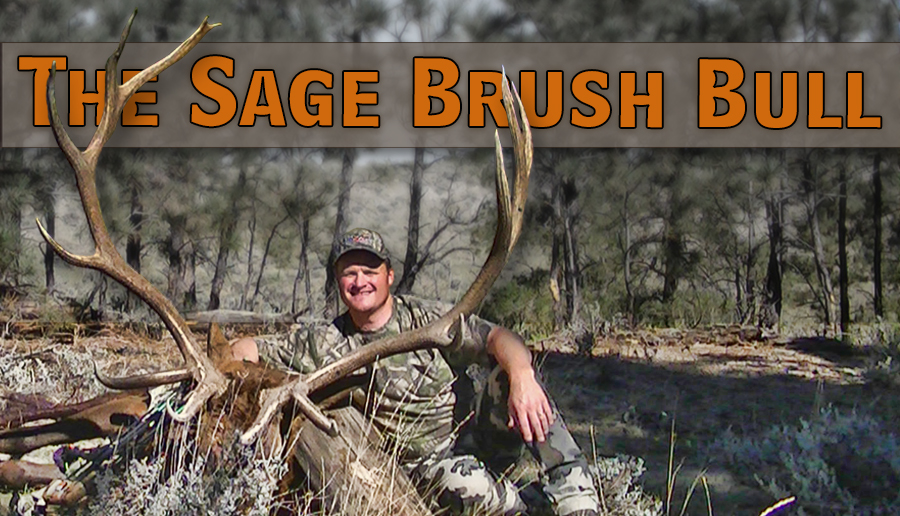 Over the years I have learned that elk hunting is one of those things that will provide a hunter with some of their highest highs and lowest lows. Let me be the first to say that by no means do I have everything figured out when it comes to bow hunting elk, as at the young age of 32 and with only 10 years of bow hunting experience, every single year seems to throw me a curve ball that I didn’t see coming. 2014 was no exception and I learned some valuable lessons during that season.

Every year it seems like I start to get the itch earlier and earlier when it comes to beginning the preparations for the next season. Inevitably, it always starts in the winter with getting my bow dialed back in and shooting in the garage at 15 yards, waiting for the warmth of spring to motivate me to get back into the hills. As soon as April and May roll around, I find myself in my honey hole, along with my 9-year-old boy and my best friend that I hunt with, looking for those dropped bones.

Spring of 2014 was a great year for shed hunting as we found around 30 elk sheds and 20 deer sheds in just a few days of hiking. The anticipation that builds every spring after finding those big matching sets of bone is almost too much to bear and it makes the preparation that much more enjoyable.

As the summer chugs along, I start getting excited for archery antelope, as in Montana it opens on August 15th and this turns out to be some of the best scouting for elk that I do every year. I know, now you are asking yourself how can a guy hunt antelope and scout elk at the same time? Let me explain how this came to fruition.

Every year I find myself scouring Google Earth during the winter, always looking for that backup spot just in case other savvy hunters find the areas that I am hunting in. Four years ago this was the case, as I had drawn a rifle tag for a bull in the area that I live but with the passing of my father, I was unable to hunt very much that year.

It was the last day of the rifle season and I decided to try out an area that I had looked at on the map for a couple of years and I was successful in shooting a rag horn bull right before dark. I still didn’t know anything about the area but when I went in to retrieve my bull the next day, I came across seven bulls, with two being the type that a guy just doesn’t see every year. I knew right then that I had to spend the time to learn this area like the back of my hand. This area is one that when you drive by it, all you see is pretty much sage brush flat country and you would think that it could be good antelope hunting, which it is. But once you get in about two miles, the sagebrush gives way to breaking hills with large timber patches, a.k.a, elk heaven. Trust me, if I showed you the area in person, you would probably call me crazy for claiming that there were large herds of elk out there. The wealth of elk has been apparent, as my hunting partner and I have pulled five bulls in three years out of this small area.

The 2014 archery season kicked off and I was able to be standing next to my hunting partner as he arrowed a great bull after I called out the yardage for him. The pack out was heavy but it is always one of the labors of love, knowing that his family was going to eat well this winter. The area we hunt seemed to not have as many elk as it had in the past years but we were still seeing elk every single day, so I kept hunting hard. I took some vacation from work during the third week of September, as that seems to be a magic time of year and this year there was no moon, which I thought would kick the rut off well. Little did I know that the third week of September was going to have record high temperatures all the way into the mid 90s.

All of the preparation, scouting, practicing shooting had come down to the third week of September and I now found myself sick to my stomach that the weather was not what I had expected. I have learned that the weather is one of those things that provides hunters with both elation and disheartenment. I still tried to make the most of my time by hunting hard in the mornings, as the elk were rutting good early in the day and then as soon as the sun was up and the heat started to ramp up, the elk would find the deep timber and stay there until well after dark.

September 24th was no exception and the mercury was predicted to hit around 95 degrees. The morning hunt was great and we were able to call in a gorgeous bull to around 100 yards but just couldn’t get him to commit to leaving his cows. We watched this bull take eight cows up the sage flats into the timber around 8:00 a.m., with three or four smaller bulls harassing him the whole way. Once he was onto a ridge that had thick timber and that the elk often like to bed on, we worked our way to the base of the coulee and began to cow call, hoping one of the smaller bulls would come down to investigate. This never happened and we decided to just sit and wait since the wind was good, hoping that the elk would move down to water.

We had been hunting hard for several days at this point and those early mornings caught up with me. The next thing you know, I woke up and it was 1:00 p.m. It always amazes me how hard I can sleep on the ground, in the woods but yet some nights in my own bed are miserable.

Once we were up and awake we ate a quick lunch and decided to hike out of the area because the heat was brutal. As we were walking up another ridge that elk often like to bed on, I looked to my right and spotted a bull at about 50 yards feeding in the timber. It was 2:30 p.m. The wind was perfect and I thought that I could position myself to get a good shot at this bull.

Prior to moving up the ridge I decided to glass quickly, just to make sure no other elk were bedded down where I was about to move to. After looking up the ridge and not seeing any elk, I took a couple steps and up jumped two cows and a massive bull at just 15 yards. When I glassed up the ridge, I had looked right over the top of the elk, not thinking that there was anything that close to me still bedded down.

I instinctively let out a cow call and stopped a cow in a perfect shooting lane and the range finder said she was only 37 yards away. The bull was right behind her but standing in the timber. I knew he was going to step into the same shooting lane so I just sat and waited. A few seconds later the bull took two steps and another cow call while at full draw stopped him broadside. My arrow flew true but just before reaching its intended target it hit the smallest of twigs. The bull jumped when it heard the arrow in the twig but I still remember seeing my fletching hit the bull in a perfect spot. It was now 2:45 p.m.

Not knowing where the shot was for sure, we decided to wait the bull out. We found some blood very close to where I hit him and thought it would only be a matter of time before we were packing out another bull. After waiting 1-½ hours we started tracking the bull and the blood trail was impressive. It was large enough that you didn’t have to track at all and you could just walk as fast as you wanted while following the blood trail. The only problem was that there seemingly was no end to the trail, it wound on and on with no dead bull in sight. Finally, my partner told me to look up from the forest floor, where both my eyes and heart had settled and see my bull.

Elation, I am not even sure that this word describes the emotions that I felt in that moment but that is one of the things that I was experiencing. I have never been so grateful to find an animal and it was apparent through the unexpected tears that I could not hold back, no matter how hard I tried.

Upon inspecting the bull, I saw that my arrow had hit him just in front of his left hindquarter and exited in his right armpit. There was no explanation of why that bull had gone so far, other than he had a will to survive. I now have so much more respect for the toughness of elk, and will force myself to make sure the shots I take are good, and not marginal. The animals we hunt deserve this, and to take a marginal shot on an elk, with gun or bow, is just like using them for target practice, as you more than likely will find yourself in one of those lowest of lows when you can’t find your elk.

2014 didn’t end with my success as I was able to guide my 12-year-old daughter to her first cow elk on public land and also to her first whitetail buck, in my backyard. The fulfillment I had in shooting my largest elk was no comparison to how proud I was of my daughter for the success she found this year. I can’t wait to spend more time with my children in the field and teach them some of the lessons I have learned the hard way so that their lowest of lows in the field are hopefully limited.