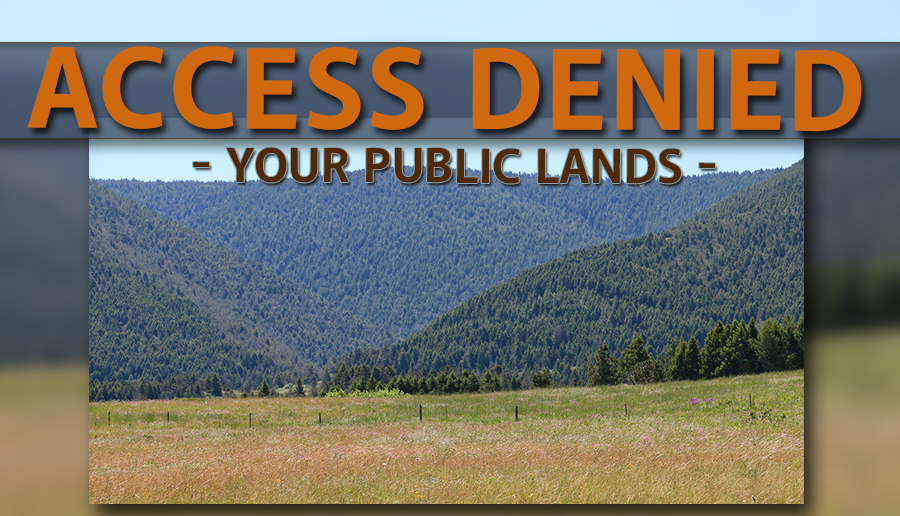 This whole mess with people crying out for federal public land to be transferred to the states has me really scratching my head. I will never be one who supports the vast bureaucracy that we currently have at the federal level because I am a firm believer that government should be as small as possible. However, I really think this is one issue where we should be careful what we ask for or we might just get it.

Some state government agencies and practices aren’t great for the average middle-class hunter who uses public land regularly. State land agencies have far different mandates than what the Forest Service and the BLM have. The mandates that the state agencies operate under for State Trust Land are completely different and designed to prop up state budgets. Those mandates are not for public access and in many cases public access is the low man on the totem pole because there is negligible revenue to be made from public access on these small parcels. With those mandates in mind how much would access or conservation change when the state manages the lands currently under federal management?

In Wyoming our state economy lives and dies by mineral extraction in one form or another. In tough budget years like what we are currently facing it quickly turns into an all hands on deck effort to stop the bleeding. Budget cuts will be made and it won’t take long for the recently transferred land to look like a giant slush fund that can pay for immediate state government needs with land sales.

Think I’m crazy? It is already happening in parts of the West. In Oregon the Elliott State Park is on the selling block because the state needs money to fund schooling. This isn’t a small parcel, this is 84,000 acres that is currently available for the public to use. The state wants it in writing that the buyer would maintain public access but only if there is a buyer who is able to provide that. The park has generated revenue for local schools through logging but in recent years it hasn’t been the cash cow it once was.

The next problem that we have to contend with is a perception that state government agencies are not corruptible because they answer to locals. For instance, the Utah DWR has come under a lot of scrutiny in recent months about the allotment of 200 of the best big game tags the state has to offer for the Western Hunting and Conservation Expo. Based on the reports it sounds like this will be a long-fought battle and hunters in the state of Utah aren’t likely to give up on their case. No one has been tried for a crime but the real question is how long and how much money will it take to sort this one out? Could land sale deals lead to questionable practices?

Many people from outside of the West have asked “How does this really affect me?” Well, Wyoming already has rules in place that limit non-residents from hunting in Wilderness Areas. This goes back to mandates, every state will be mandated with their own sets of rules and regulations to benefit the residents of the own state. I will let your mind wander on the types of regulations that might come about with land transfer.

So I ask you this, would we simply be trading one set of problems for an even worse set of problems with the State’s managing or selling the land? Leave a comment below with your thoughts on these very complex issues. I’ll put in my two cents and respond as warranted.