Protecting Migrations, One Corridor At A Time 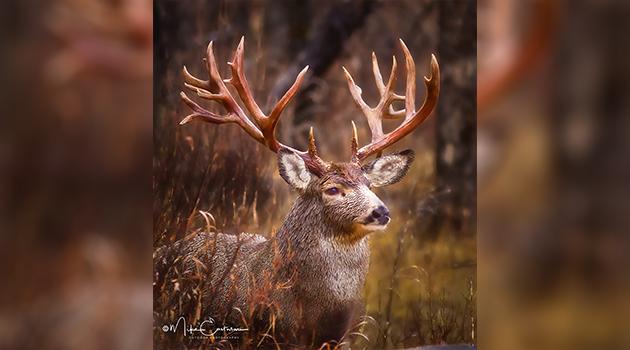 Too many hunters and not enough game has been the theme of many of my conversations in recent years. The discussion on this subject will continue for the foreseeable future but the easiest way to remedy the latter issue is…put more animals in the field to hunt. How do we do that though? How do we make a real effort to see more animals in the field, year in and year out? One simple sounding option would be to cut down the highway related collisions with mule deer, elk and antelope that happen every winter. But is it simple? Is it really that many?

Let’s use mule deer as they are the species cited as having the roughest go of it in Wyoming with 85% of reported wildlife collisions involving them. That number happens to be the equivalent of 4% of the overall population of mule deer. OUCH! Let’s also be honest, this is probably a little low as I can guarantee there are a lot of unreported collisions in rural areas where heavy bumper guards are the norm.

Let’s put that into some real world numbers instead of straight percentages. Right now our state holds about 350,000 mule deer, that means that roughly 14,000 mule deer die every year getting hit by vehicles. Now let’s break that down even further, most of those deer that are hit are going to be of the breeding age doe or juvenile variety. It’s pretty easy to see why Wyoming doesn’t need many antlerless mule deer tags with that many antlerless animals hit in the roads.

Also consider that when a fawn gets hit on a busy highway it’s the equivalent of say compound interest in the banking world. If the fawn hit is a female we are talking about removing YEARS of fawn recruitment off the landscape. Her years to produce fawns are no more and by the time that she would have been 4-5 years older her fawns would have been reproducing. In Wyoming for example, highways by Rock Springs are collecting interest on basins in the Hoback by this logic. The mountain may have it’s own ways but the highways certainly have theirs, too. For migrating mule deer it certainly hurts populations.

Based on this data we could also argue that the number of does and fawns killed in Wyoming is like adding a statewide antlerless season. Based on Wyoming Game And Fish data there were 18,101 buck mule deer killed in 2020 and 2,988 does and 281 fawns. The doe/fawn totals likely came from rural areas or youth hunters. Wyoming still has areas where ranchers want just about every deer exterminated and Wyoming Game and Fish has to do a balancing act on keeping everyone happy, which is a whole other in-depth blog. The point of this paragraph though is to point out that hunters are killing antlered deer by a LARGE margin. A single mature buck can take care of many does during the rut. Overall, properly managed hunting doesn’t hurt the population while the doe/fawn roadkill season does that happens during the migration from higher elevations.

So what do we do to cut down collisions with mule deer?

Well, something is already being done. The Wyoming Game and Fish Commission approved a half a million dollar earmark to create a safer region for Wyoming migrating mule deer and antelope to cross the I-25 corridor south of Kaycee. 17 sources were used to finalize the project and the money will be used to create funnels in the high use areas that push mule deer over or under the interstate and prevent collisions. I have personally driven that stretch of interstate and can verify that in the winter there are plenty of mule deer playing frogger with their young.

This is part of a broader strategy implemented in 2017 designed to identify the worst areas of the state for wildlife collisions and then mitigate the collisions on them. This is a good plan and could make a real difference in the long run as it would make the compound interest work for the deer rather than against them. All of this has culminated in the Wyoming Migration Initiative doing great work, especially in the area of tracking deer to understand how and where to create over or underpasses with high fences to funnel the deer through.

Wyoming took it the next step further with their Wildlife Conservation license plates. Wyoming residents are able to make a $180.00 donation that covers the cost of license plate with a mature mule deer buck on it and sends the other $150.00 straight to a fund set up to build wildlife friendly crossings. You don’t live in Wyoming? It’s possible to make a donation directly to the fund at the address listed in this LINK. Don’t worry, the money goes straight to the work on the ground.

Is Wyoming alone in taking proactive stances? Nope, other states have started to really work to understand migrations and in turn will identify areas where road kill is an issue. For instance, the Bureau of Land Management in the state of Nevada has taken a very proactive approach to protecting migration corridors. In time strategies like these will lead down the same path.

So what say you? Do we still have hope for putting more big game on the mountain?