Philosophies on butchering and knives are as vast and different as the antler configurations on two B&C non-typical mule deer! One hunter prefers a blade that can be changed in the field, while another prefers a fixed blade which can be sharpened and enjoyed for years.

Regardless of the philosophy, Outdoor Edge has the options that serve every hunter’s knife preference. Personally, I have had the privilege of breaking down multiple big game animals and many game birds with the replaceable-blade Razor series knives and will continue to do so into the future. The replaceable blade trend has done nothing but grow over the last few years and for good reason. When time is of the essence in grizzly bear country and your knife gets dull, simply replacing a blade is faster and easier than honing an edge.

This year at Eastmans’ we have been giving away the Wild Lite set from Outdoor Edge with various subscription purchases. After becoming so dependent on the Razor series I was reluctant to make the switch to a single fixed blade knife. However, after taking a hard look at the knives, their purpose built nature and of course construction, I was reminded why it can be so easy to acquire many knives! This set has served us well this fall and I know of several people on staff who have butchered their whole animal with these knives only.

The funny thing about knives though is that most hunters rarely behave like they have enough. Taking a look at the full line-up on outdooredge.com and I can see about 10 other options I would be interested in trying. Whether it would fill a hole in my at-home butchering set or be a blade that would be part of my bread and butter for the backcountry, they are worth taking a look at. Besides, Christmas is coming and what hunter wouldn’t be happy with another knife to separate the meat from the bone and fill the freezer? 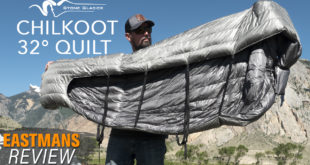 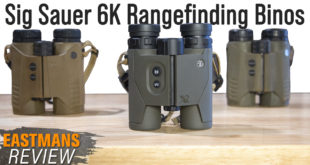 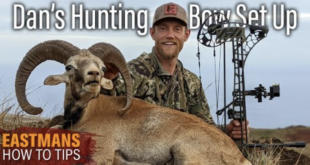 Dan Pickar of Eastmans’ Beyond the Grid shares his 2022 hunting bow setup. This Mathews …