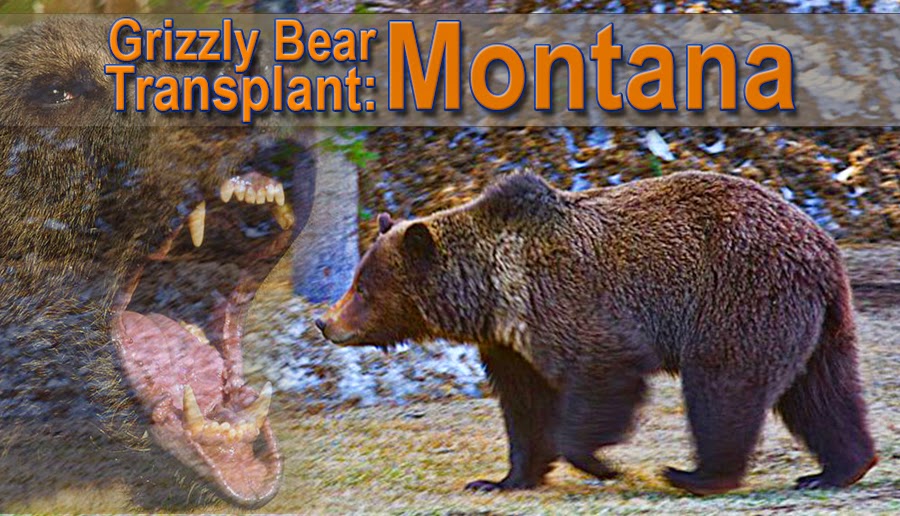 As it stands now the uber left green groups are at it again, but this time their proposed transplants are a bit closer to home than California or the Grand Canyon. This time they want Grizzlies transplanted into the Bitterroot Selway Wilderness. Yup, if they can’t get them into their entire historic range they will fight for every small piece they can get in order to prevent the Interagency Grizzly Bear Councils recommendation that the bears be delisted.

But are the green groups showing their cards too soon? Why shoot for a lesser goal when you have grander plans? The reality is that proposing a transplant into California of a super predator was never going to fly under the radar like the wolves in Yellowstone. So the strategy is to distract us with a crazy proposal in order to prevent us from seeing the transplant that is much less crazy in grandeur!

Reality is a cruel master and the green groups’ goals have been dealt a serious blow with the proposed delisting. While they were busy protecting their pet project, wolves, the grizzly bear population has expanded faster than expected. To make matters worse for their cause new projects have shown that grizzlies are moving over much larger territories than they want the general population to know. The reality is that these predators are connected from Canada to Yellowstone, and expanding further into southern Wyoming. They may not be moving en masse from one area to another, but they will in the future.

It is time to call a spade a spade. This proposal is a ruse to transplant grizzly bears into an area where they are already present, albeit in smaller numbers than what we have in western Wyoming or southwest Montana. They know they are likely to lose the battle to delist the bears and that means it is time to scramble for any available ploy to keep the animals on the endangered species list.

If you aren’t active in letting your senators know how you feel about this issue, the time has come for you to start. The North American Model of Wildlife Conservation is the greatest success story of wildlife management in the United States. In order to keep it we need to be involved and make sure that our representatives know how we feel on the subject.

Following in the footsteps of his father, Guy has taken up the reins and is now at the helm of the Eastmans’ Hunting Journal and the Eastmans’ Bowhunting Journal. A fine hunter in his own right, Guy has taken several trophy animals and has become an expert in trophy hunting as well.
Previous Northern Wyoming Mule Deer Migration!
Next The Gutless Method: Removing The Backstrap