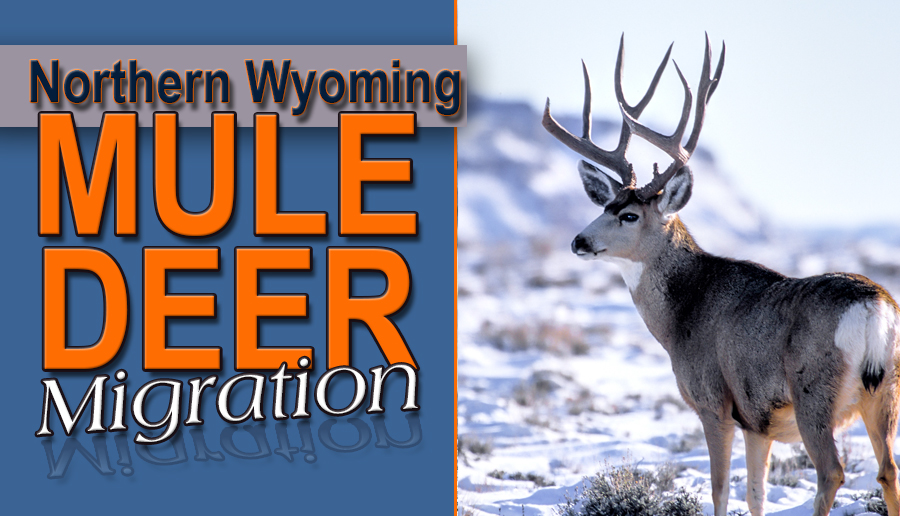 Back when I was outfitting, my brother had a camp in the Bridger Teton Wilderness north of Jackson. I guided in many of the drainages there and got to know that area very well. In the early 70’s they had a large population of mule deer that summered throughout this country. So with the first heavy snow in early October these deer would start migrating up and over the Continental Divide and out to the Shoshone drainages. Sometimes they would even migrate out into the badlands of the Bighorn Basin. This means they traveled well over 100 miles, over the Continental Divide and down the Shoshone, Wood, and Greybull rivers. If they didn’t get over the top, it meant starvation from the hard winters in the northern part of Jackson Hole.

On the Cody side, there were late season hunts for years because we have never been able to effectively study where these bucks came from. The assumption was always that they came from Yellowstone or the surrounding wilderness areas. Well now you go up into those areas in the Bridger Teton Wilderness where I guided and the deer population is much lower than desired. The Game and Fish stopped the late hunts but the populations of mule deer in those areas have declined a bunch.

In the ‘60s and ‘70s you could see hundreds of deer tracks heading up the creeks in that area and over the Divide. Once on the other side, it could take months depending on the winter for the deer to work their way out into the valley. Sometimes with a mild winter they would just winter out in the wilderness on the Bighorn Basin side. In fact, an outfitter friend who operates in the Bridger Teton Wilderness told me that he thinks his deer go down off to Yellowstone Lake and migrate around the lake and out to the North Fork of the Shoshone River to winter.

There is speculation that too high of a harvest of the older mature bucks results in the younger bucks not learning how to migrate back to the Jackson Hole side. To me this is a lot more impressive of a migration than the Red Desert deer migration route and should be managed more carefully than it is currently. We knew about the migration of the Hoback deer out to the Red Desert back in the ‘60s. In fact, in one of my Dad’s videos, Rocky Mountain Safari Deer produced in the ‘80s he talks about the deer migrating to the Red Desert.

Lucky for us, technology has changed and the Wyoming Game and Fish department now has evidence that these deer are migrating to the Bighorn Basin every winter. It probably won’t be long for season dates and mule deer management strategies to be evaluated for better management.