Hold On There Cali! 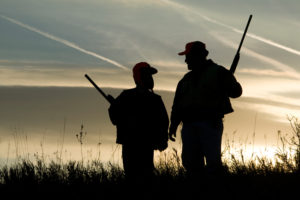 “In response to an outpouring of concerns from hunting, shooting and conservation organizations and the state’s wildlife agency, California’s legislature passed a bill amending language in a recently signed law that broadly prohibited all advertising of firearms and firearms-related products to youth in the state. Gov. Gavin Newsom signed the corrective bill into law last Thursday…” theoutdoorwire.com

After having our California MRS writer and Research Coordinator Dave Shaffer whip the bushes for news on the truth about California’s most recent attack on your 2A rights. In this case it was a new law that prohibited marketing of firearms to minors (see Previous Eastmans’ Blog)… well that shoots hunter recruitment in the foot! Several sportsmen’s groups, including NWTF raised their concerns and the bill was amended to exclude marketing to minors for hunting and sport shooting.

We here at Eastmans’ have a large audience in the Golden State and that myopic law would have effectively ended our’s and any other hunting or sport shooting based organization’s ability to promote and recruit for hunting and shooting in California without being subject to intense fines.

Good job NWTF and the other groups involved in getting this bill amended.

Unfortunately, I think this was probably Gov. Newsome’s plan all along… “let’s see if we can get this through and we’ll go from there…”

Keep your heads up and eyes on the skyline brothers and sisters, it is only through vigilance that we win this fight.