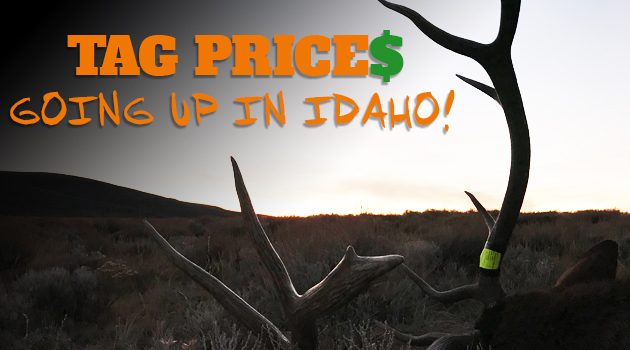 If you are a western big game hunter you likely already know that Idaho offers some of the best OTC deer and elk hunting in the continental U.S. They have a true-blue straight-up draw system, solid tag prices, tons of public land and good hunting to go along with it. To sum it up, Idaho is a top choice for non-resident hunters from all over the country and for good reason.

However, as with most good things, some of this may come to an end in the near future. Hunter pressure whether perceived or real has become a top complaint in many areas throughout Idaho. And in some cases, rightfully so, however, state agencies such as IDFG are limited as to how they can better manage issues such as hunter density, especially with the current laws. A recent proposal has been introduced which has passed through the Governor’s Office and the game Commission but will be awaiting final approval during the 2020 legislative session. This proposal would eliminate the current state-wide nonresident cap of 12,815 elk tags and 14,000 deer tags. Currently, once the cap is reached IDFG is sold out and closes up shop to non-residents.

As with anything there are pros and cons, this particular rule has some obvious setbacks. For example: popular units are being overrun while areas on the decline are hardly touched. Resident hunters are seeing high pressure in many areas due to this weak link. Therefore, IDFG has proposed they should have the ability to manage the non-resident cap unit-by-unit with the exception they cannot go below 10% of the unit’s average hunter participation which is estimated from the previous 5 years annual counts. I’ve been browsing social media and reading up on a plethora of comments/ideas and generally speaking most Idaho residents are in favor of this concept as well as a good handful of non-residents. However, there is a catch!

IDFG is expecting a drop off in non-resident hunters, thus, they introduced a financial plan to compensate for this and are proposing to raise non-resident license and tag prices SUBSTANTIALLY. For example, a non-resident hunter currently pays $153.00 for a hunting license. If this proposal passes, that license would cost them $183.00. Not a huge change, right? Well, that’s debatable, but you’re still seeing a 20% increase. Now let’s buy an elk tag… current price; $415.00 proposed price; $650.00! We’re seeing a dent in the pocketbook on that one. A $235 increase, which equates to a whopping 57% jump! Definitely a game changer. The list of prices varies and doesn’t seem to have a consistent direction. To see these changes and review the proposal click here.

I see pros and cons, Idaho has been a place for me to go that is close to home, I hunt and fill my freezer with elk meat for a reasonable price. I love hunting and Idaho gives me a chance to do it more than if I chose to only hunt in my home state of Montana. However, my odds of buying a tag next year just dropped substantially. On the flip side, my hunting spot in Idaho has become a literal zoo in many ways, over the past 7 years I have gone from bumping into a few locals here and there to wondering how I can still hunt my spot because there are people everywhere or how creative I can be to get away from the pressure.

This plan will even out the pressure in many units and it will cut the non-resident participation down as well. It is yet to be seen for Idaho, but not long-ago Montana did the same thing and they sold out of non-resident tags yet again for 2019. I suspect Idaho will see similar results over time. Meanwhile, one can only hope these changes are what’s best for the big game animals we all love to pursue. But that is another topic for another time. Good luck out there! Is it September yet?