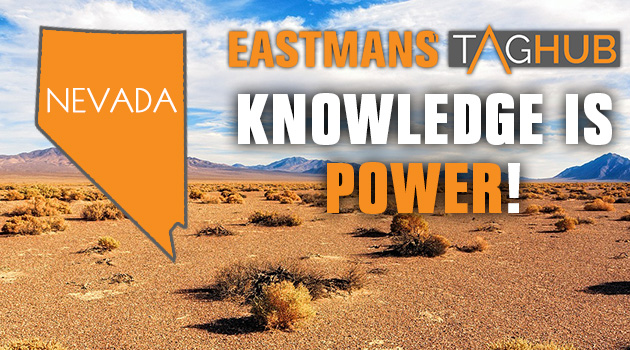 Last year I wrote an article unraveling Nevada’s draw system to help you build a plan for getting a tag. This year my goal is to paint a picture of how I would use Eastmans’ TagHub to build that strategy and hopefully help you draw that Nevada tag that you have been waiting for!

As an unapologetic mule deer hunter that is the species that I will cover. Using these tactics inside of TagHub will work for any of the species that we cover for each state but bear in mind that success rates in states like Nevada, that manage for trophy quality in elk, will show higher success in those areas.

The first step is to decide the “when” on your hunt strategy. In our filter, we have set up TagHub to make it easy to find hunts based on the season dates, and as it turns out the best time of year for me to hunt would be any of the early October hunts. I have plans to hunt my home state of Wyoming in mid September and a trip to Nevada in early to mid October would best fit in before my late October Wyoming elk hunt. 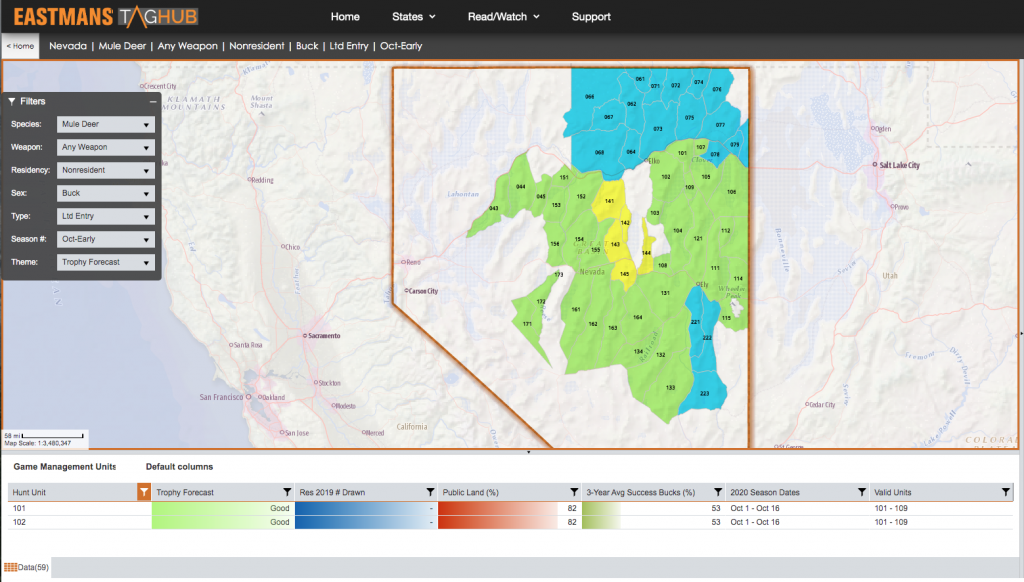 Setting my filter for non-resident with the any weapon option shows me what is available and when I add the filter for October- Early I can see all of the hunts available in that time frame. The first filter map shows me what those look like based on our long standing and trusted MRS rating system.

But how do I sort out which units had the best trend for success? Simply change from trophy forecast to the three year success heat map and it becomes easy to see which units have been successful for a long time.

From there you can pick which units you want to look at on the map and a chart on the top right shows up with all of the unit specific data you will need to make an educated decision for hunting mule deer in Nevada.

Did I mention that we also cover single year harvest success, public land percentages, and much, much more?

Looking for a little more of a visual? Check out this video we put together detailing how to use TagHub!