The hunting season so far has been great. We are right in the middle of editing TV shows and Guy and I have been burning the midnight oil working to get them done. The responses we have received from you folks on the content of the show are very inspirational. Thank you very much. Some of the hunts that we have completed this season are Guy and Cameron taking P&Y caribou, plus I was lucky enough to harvest a monster 400-plus-inch caribou. We got a lot of footage of this great bull. Guy and I just got back from a great D-I-Y antelope hunt on public land and Guy took a monster antelope that went 85 gross on video. I also harvest a 30 inch-plus mule deer on film. I hunted most of the season for the old boy. Check out these hunts at eastmans.com.

The other day I was approached by a subscriber who stated that I must be related to the Eastman of Eastman Kodak fame. In further questioning why he thought that he stated, “Because you have a hunting magazine and hunt all over the country.” Additionally he made the comment, “Because your family has been filming wildlife and hunting for many generations.” This got me wondering if out in the “hunting world,” others have the same preconceived idea of my family’s roots. Let me set the record straight that the Eastman’s clan I belong to has no ties to the Eastman Kodak family. My father, after the war, became a gunsmith and was barely able to feed his family. In the late 50’s he saved $500.00 for a grubstake to Alaska to become a guide and started filming his hunts. With no other source of income but guiding, those were lean years for us growing up. All his life he never made much money, but what a life of outdoor adventure he lived.

Me, right out of high school I started guiding and then after the military became an outfitter. I started the Journal in 1987 with no money and three kids to feed. My wife Bertie and I lived from one issue to the next for many years. Sorry, no fat family trusts here! Slowly the subscriber base increased, all the while with no capital contribution from investors or family members. What is in a name? My family’s is just like many of yours; hard working Americans who follow a dream and put everything on the line to make it happen. That’s it! 20 years of giving the everyday hard working hunters a forum to tell their hunting stories plus information to help you fulfill your hunting dreams 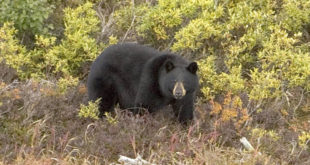 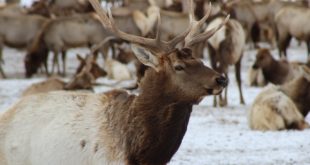