Three Oregonians get this week’s moron award for poaching AND I’d like to give a round of applause for the anonymous informant who called in the tip to ODFW to kickstart their investigation into the poaching. Here’s how it went down…

Lionardo Munoz, Matt Wilkinson and Rachel Hallett killed the bull in question in Oregon’s Santiam Unit, the bull was a mature branch antlered elk and Munoz only possessed a spike elk tag. They brought the animal out whole, loaded on a trailer, not even field dressed. This is where it gets good…

The animal subsequently made an appearance on social media where the tipster spotted it, thought it suspicious and informed ODFW. Senior Trooper Brent Ochesky concurred with the tip and an investigation began.

Ultimately Munoz, Wilkinson and Hallett were arrested and pleaded guilty. Munoz was fined $15,000, received a suspended hunting license for three years and will serve 18 months of bench probation. Wilkinson and Hallet were also assessed similar punishments but will each have to perform 40 hours of community service.

Again, kudos to the informant that tipped off ODFW, thank you!

My only question regarding this case is why no jail time and why do we still think suspended hunting licenses serve as a deterrent to poachers? 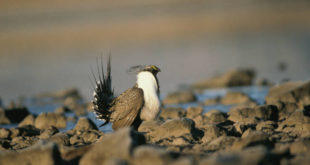