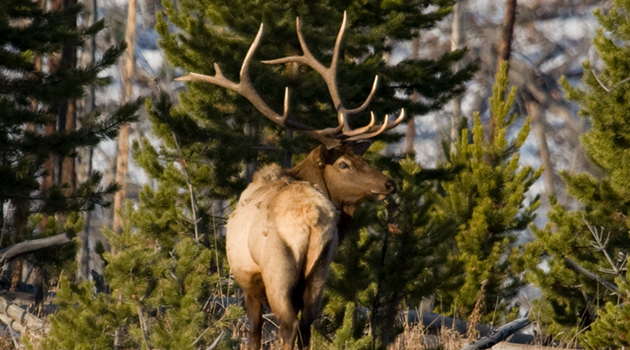 This is a personal article written by Jaden Bales and is not a reflection of any views, beliefs, or perspectives of the Wyoming Wildlife Federation.

You may have seen an increase in interesting hunter headlines coming from the Cowboy State lately. Part of the hubbub is related to the deeply complex, and controversial issues the Wyoming Wildlife Taskforce is tackling in their 18-month tenure.

These eighteen Wyomingites originally were rounded up in the wake of bills brought to the legislature and issues brought to the Wyoming Game and Fish Commission that caused significant conflict between all of the sporting community in the Cowboy State. The goal of the Force is presenting conclusions and recommendations to the Wyoming Legislature, Game and Fish Commission and governor to support decision-making on Wyoming’s wildlife resources after digging into the weeds to study each issue.

As the Wyoming Wildlife Taskforce enters their final five meetings before disbanding, they are ramping up their efforts to tackle the most controversial issues that led to their creation in the first place – largely the dispersal of resident and nonresident hunting opportunities.

Currently, there are six potential recommendations open for input by the public created from the last meeting (which you can watch here). The last five recommendations are referred to as the “Great Compromise” package by the members of the Taskforce and were presented as such at the June meeting in Casper, WY. As such, think of these as largely being presented together, though the Taskforce will revise them.

The first recommendation for comment is changing full-priced pronghorn distribution from 2 licenses to 1 per hunting season. This means each hunter could only receive a single pronghorn license, though hunters can currently hold two if they pick up the second license in the leftover drawing or over the counter after the leftover drawing has taken place. This is an effort to tackle fairness in pronghorn license distribution and create more hunter opportunity each year.

Proponents suggest folks should not be receiving two licenses before others have not received one. The reduction in pronghorn licenses and increased demand over the years resulted in only two full-priced private lands-only opportunities available in the 2022 leftover draw. Those against the recommendation suggest the leftover licenses available currently are not good opportunities for those without hunting access, and the folks who have already received a license for private lands-heavy pronghorn hunts should have the opportunity to have two licenses if the resource can sustain the harvest.

Step one of the “Great Compromise” package would create a High-Demand (HD) designation for the licenses that have three-year drawing odds for residents that are less than or equal to 30%. It’s not altogether dissimilar to the system hunters find in New Mexico, except without the different price structure.

Long on the lips of hunters familiar to the issues related to Wyoming’s allocation system, the 90/10 proposal would change the structure of pronghorn and deer licenses from 80% resident, 20% nonresident allocation to 90% resident and 10% nonresident allocation, but only in the High-Demand (HD) hunts. The remaining hunts would remain the same. The elk licensing system currently is in 84% resident, 16% nonresident split, and this would change it to 90/10 for the HD licenses, as well. These are all related to the licenses often with the highest demand, such as type 1, 2, and 9 licenses.

The split would only occur for the initial drawing and those undersubscribed would be moved to the leftover list. However this should not result in leftover licenses in practice unless there are dramatic changes to tag numbers or regulation because they have already been identified as high-demand licenses.

Comment 4 would implement a waiting period, like hunters find with some hunts in Nevada, Utah, Idaho, and others, however; this waiting period specifically applies to the High-Demand licenses that would be created in Comment 1. The recommended waiting period of 3-years is related to the percentage chosen from the creation of the original High-Demand designation. In theory, this would greatly improve the drawing odds for residents, and likely nonresidents, in a 30% draw odds hunt. Meanwhile, most of the hardest to draw licenses, like the late Dubois deer hunt or Red Desert any-bull elk license would remain very difficult to draw.

The Outfitter Nonresident Drawing Pool would exchange the current “special license” designation that is 40% of the non-resident quota and create a pool for those who have contracted with a registered Wyoming outfitter to enter the drawing. There would also be an associated increase in license fees for this pool of applicants to offset the impact to the Wyoming Game and Fish Department from the creation and implementation of a 90/10 system for the High-Demand hunts.

The special license non-residents currently apply for is a 60% more expensive license than the regular draw license, but applicants hope it results in better drawing odds, though it does not always offer the best drawing odds; especially for hunts with very few licenses. This change would mean all DIY hunters would be required to apply in the regular drawing pool that currently exists. There are no stipulations in the comments restricting those who contract with an outfitter from applying in the regular draw.

Finally, folks are asked to comment on the creation of resident preference in the leftover license draw. Currently, all residents and nonresidents are entered into the same pool and awarded licenses at random. They do not take preference points from non-residents and there is no special/regular split like the initial draw. It’s a similar system to the Nevada leftover draw, or the Colorado secondary draw (except without Colorado’s youth preference).

The result of this recommendation would likely give residents preference in the draw either with a draw occurring earlier or simply with a first pass at the leftover licenses before the non-residents get their pass.

There are a lot of moving pieces the Taskforce is seeking public comment on before convening at the July 7th Wildlife Taskforce meeting. The Taskforce chairs, Rusty Bell (County Commissioner and Taxidermist – Gillette, WY) and Josh Coursey (Executive Director of Muley Fanatics Foundation – Green River, WY) encourage more public engagement, especially around these hairiest of issues to gather as much of a full picture of the situation for the Taskforce as possible.

Leave your comments by 5:00 pm MST, July 1, 2022 (per the Wildlife Taskforce website) to have your comment considered during the July 7th meeting. In the upcoming meeting, they will tackle use fees on state lands, an updated “Great Compromise” package, hunter access and the AccessYES! Program, and many more issues any Wyoming hunter should be interested in.

If you have not tuned into the Taskforce meetings online before, you can find the Zoom link here.