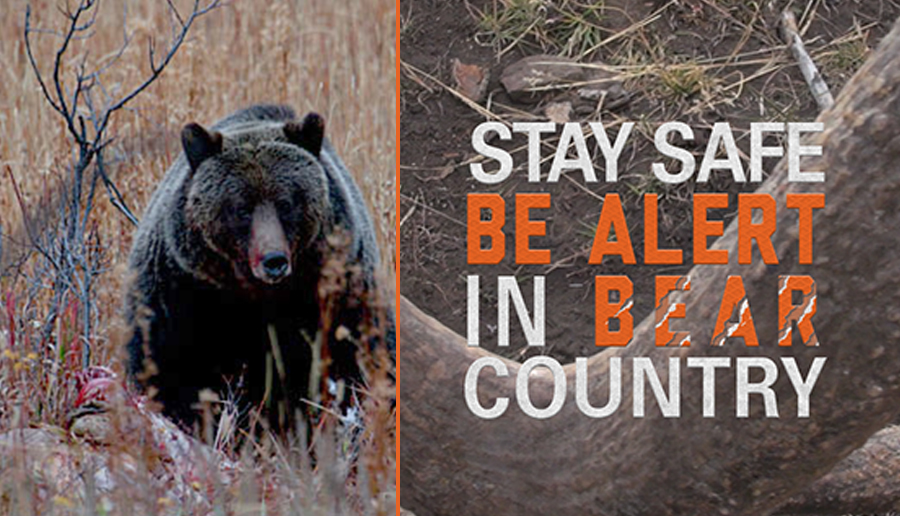 Every fall our staff spends time in the field reviewing products, using gear, and of course, filming our hunts. I wasn’t surprised to see a picture come through of another bull who had fallen to a Savage rifle. The text that came in immediately afterwards told a much bigger piece of the story, and a part that I am unfortunately way too familiar with. “We had a sow and cubs we had to ward off. It got real in a hurry, but all is good. They weren’t right on us when we saw them but were headed our direction, crazy story.”

This incident turned out ok, but had they not spotted the sow and cubs coming over the ridge this story could have turned out quite a bit different. Personally, I have had a few close encounters as well and I hope that I won’t have any later this season when I am hunting in grizzly bear country.

For another hunter, Chase Dellwo, it didn’t work out as well. His bowhunt was disturbed when he walked up on a boar sleeping in the same patch of trees he was stalking through to get to elk. Thanks to his quick wit he was able to induce the bear’s gag reflex by shoving his arm down it’s throat. He was able to walk out under his own power but as of this writing was still in the hospital.

When you are in old humpy’s backyard, stay safe, the last thing we want to have happen this year is to read about one of you having an unlucky encounter! It is time to delist, hunt and manage these animals, it is the only way we will curb these conflicts!