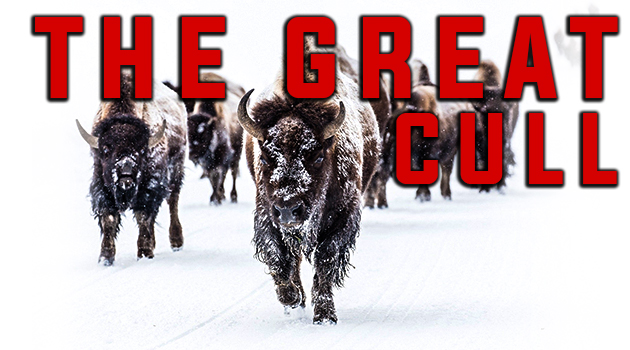 Did you hear that? The eerie restless noise coming from the location of Theodore Roosevelt’s grave? It is the sound of our beloved 26th President “rolling over in his grave.” I couldn’t help but think this when I read this recent article on the Yellowstone National Park bison herd (click here).

Notice the last word in the previous sentence. It wasn’t two words spelling out ‘no hunting’, but it was overhunting. What many have forgotten is the status of our wildlife resources at the historical juncture of the late 1800s and early 1900s. In the midst of overhunting and uncontrolled market hunting at that time, wildlife resources were decimated across much of the country. Theodore Roosevelt and others recognized this and established the most successful wildlife management model the human race has ever seen, historically. The Boone & Crockett Club and the National Park System were both parts of this new strategy for managing and protecting our wildlife and land resources.

Fast-forward to 2020 and our federal employees tasked with managing the National Parks System, along with so many misinformed and fanatical antihunters, plus misinformed members of the public that don’t have a strong opinion either way on hunting, are making decisions that are cost-prohibitive and in opposition to the North American Model of Wildlife Conservation.

Hunters always have been, and should always be, the best tool used for managing wildlife. Rather than expensive trapping/culling strategies, hunters are happy to foot the bill for ethical, fair chase hunting practices, as we have been since the early 1900s officially in the U.S., and since the dawn of time globally.

The idea that hunting cannot happen in National Parks is a fallacy. It has happened in the past and should happen as an effective management tool now and in the future. History doesn’t lie, only those that choose to ignore it do. As the saying goes, “if we don’t learn from history, then we are doomed to repeat it.”

Let hunters be the tool used to manage these bison in and out of the Park! Enough said.