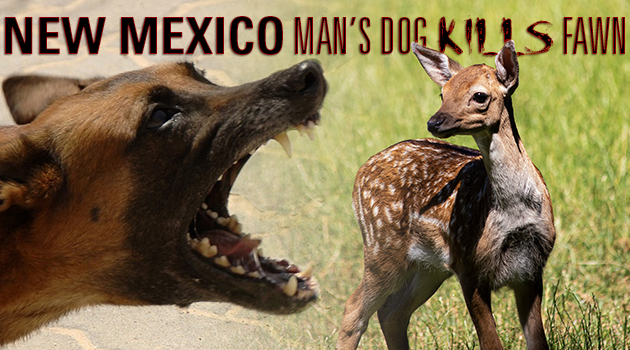 Well folks this is a new one. A New Mexico man encouraged and allowed his dog to kill a fawn in southern Colorado. He then decided to post a video of the event to his social media account which attracted a lot of attention as you can imagine he was turned in to game and fish.

It sounds like there are a few different stories going around. One was the fawn was already injured and was half dead so he encouraged his dog to finish it off. He posted an apology on facebook saying it was a misunderstanding and he was trying to get the fawn away from the dog while fending off the doe. Either way the video doesn’t lie, the dog was encouraged to get that fawn while he was allegedly fending off the protective doe. Colorado Parks and Wildlife fined him $1372.50 and an assessment of 20 license suspension points. He must appear in front of Parks and Wildlife for the suspension of the points so that will give us an idea of how hard CPW comes down on him. Instead of paying the fines he can also appear in court Sept. 16.

Is is $1372 fine enough? This may be considered no different than poaching. It seems like a blatant disrespect of wildlife and it will be very interesting to see how this all pans out!