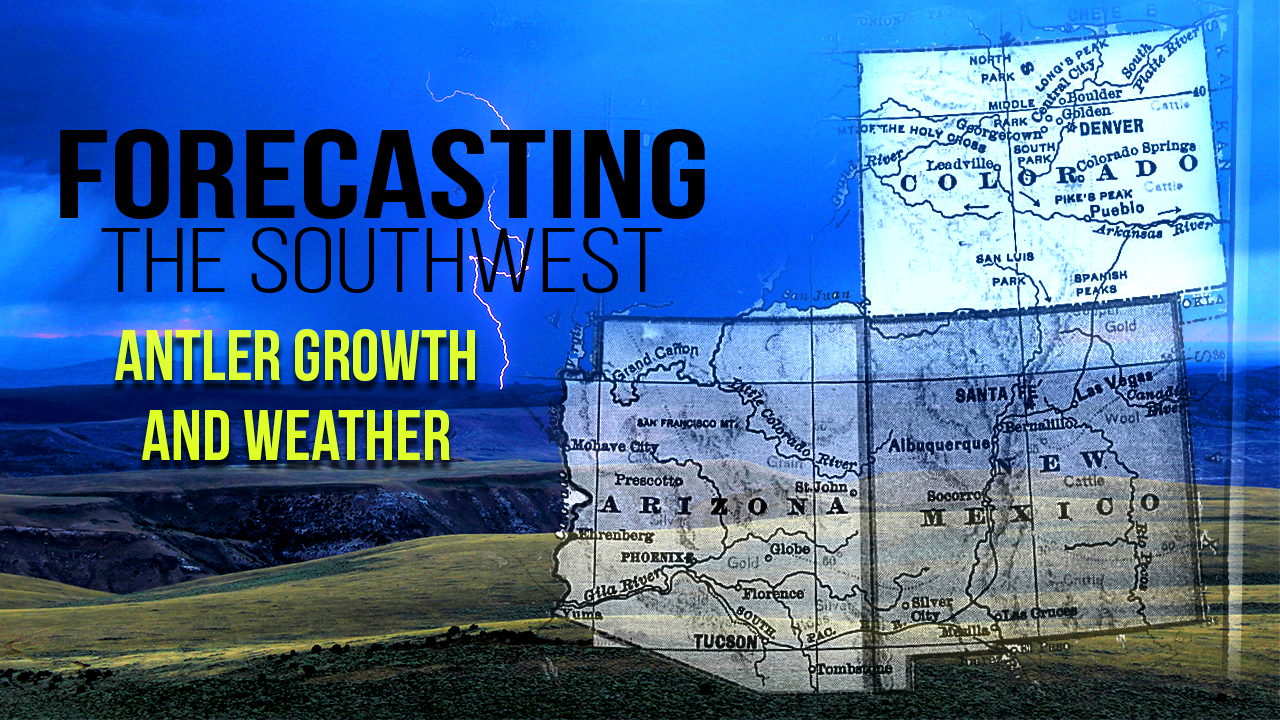 This is a year of transition in the atmosphere and the result will have major implications for hunters across the West.  We’re coming off a super-El Nino event that dominated the Pacific Ocean last fall and winter – one of the strongest on record – and could be diving right into a super- La Nina event by the time fall 2016 big-game seasons get underway.

By way of review, an El Nino event is an extended period of above-average sea surface temperatures in the equatorial Pacific.  It typically increases easterly trade winds and allows strong storm systems to roll into the West Coast of the U.S. with abundant moisture.  The storms then usually roll across the Southwest and southern states before hooking northeast up the Atlantic Coast.  The 2015-2016 event was incredibly strong and of an intensity seldom seen.  This resulted in a changeup pitch for meteorologists by bringing storms ashore farther north and moisture was abundant across Washington, Oregon, Idaho and northern Nevada.  Colorado and Wyoming got a lot of snow late, thanks to a couple of whopper snowstorms during the spring.  While the Southwest benefited from above-average precipitation last October-December and received some relief from drought conditions in the region, the bulk of precipitation during the last half of winter shifted north and left the Southwest with a deficit once again.

La Nina weather patterns across the U.S. are opposite from those of an El Nino and that’s what’s in store September through December of this year.  Most of the forecast models have us entering a La Nina event over the summer and project a strong La Nina to be in place by hunting season.  This should cause a large ridge to form in the atmosphere over the Gulf of Alaska and western North America.  That pattern would result in a cold and snowy winter from the Dakotas to the Northeast but keep weather milder and drier than average this fall west of the Rockies and south of a line from San Francisco to Denver.  Such a pattern would also mean a wetter-than-average hunting season in Washington, Oregon, Idaho and western Montana.

The last time we had a significant transition from El Nino to La Nina over a summer into fall was back in 2010.  Looking at what weather was like across the west during the 2010 hunting seasons provides partial clues about what weather may be like across the West this fall.  Taking all this information into account, here is a state-by-state look at how things are shaping up for weather to impact wildlife and antler growth across the West.

Arizona: After generous moisture last fall, precipitation the first three months of this year was below average.  The National Oceanic and Atmospheric Administration’s drought forecast through the summer is sobering for areas south of Interstate 40 and also in the northwest around the Shivwits Plateau.  These areas are forecast to experience severe drought again this year, which will inhibit the growth and nutrient content of plants animals need to thrive and produce trophy antlers.  Those with tags in the drought areas will be need to be ready to hunt hard and outfit for crackling-dry vegetation.  Sound suppression will be critical to avoid blowing stalks at the last moment by stepping on or moving into dry vegetation. Work on increasing your ethical kill-shot range now so you’re comfortable shooting longer distances.  Scents don’t carry as well in dry air as they do in moist air, but you’ll be working up a sweat on your stalk with above-average temperatures forecast this fall.  Scouting will be more important than ever, concentrate on areas in timber near water as watering holes may be few and far between the farther south you hunt in Arizona – even in forested areas.  The outlook isn’t quite as grim north of I-40 from the Kaibab Plateau across Black Mesa to the New Mexico border.  These areas got enough moisture to suppress drought conditions, though the Painted Desert is called a desert for a reason.  Given a choice of where to hunt in Arizona, I’d focus on areas between the Kaibab Plateau and Little Colorado River.  Moisture and browse conditions should be adequate for animal health and antler growth there through the summer into fall.

New Mexico: The state is expected to dry out quickly as the El Nino-induced weather pattern transitions to La Nina over the summer.  By Labor Day, the southwest half of New Mexico is expected to be in a severe drought with those conditions persisting throughout the fall hunting seasons.  Precipitation is expected to be below average statewide September through December.  There is a slight chance conditions may not be as dry in the high country west of the Rio Grande and I-25 from Socorro to Los Alamos but even though the higher elevations along that stretch may not be as dry as the lower regions in the state, all forecasts still point to below-average rainfall and warmer-than-average temperatures.  Be mindful of noise on your stalks because pine needles and other dried vegetation on forest floors will make it seem like you’re walking on cornflakes.  You will also work up a sweat, so hunt with a bit more water than you might take were you to be hunting in cooler weather to stay hydrated.  Given the dry, hot weather expected this fall, your best success will most likely come when waiting for game in range of what water you can find – especially at higher elevations in the middle of the state.  Traditional spot-and-stalk may be difficult because of the intense focus you’ll have to keep on scent and noise suppression.  Be sure to select a camo pattern with various shades of brown and tan without overdoing the green or you’ll stand out in the anticipated dry conditions.

Colorado:  Wet spring snowstorms delivered beneficial moisture to the state and even though the fall hunting seasons are expected to be warmer and drier than average statewide, decent precipitation during the late spring and early summer should keep the state from entering severe drought.  The year began with precipitation well above average east of the Continental Divide and across the state’s eastern Plains.  Transition to La Nina by fall should reverse that by depositing more precipitation west of the highest mountains.  By hunting seasons, we should begin to see more rain and snow west of the Park Range than east, but temperatures are forecast to be above-average statewide all fall.  In spite of greater precipitation in the west half of the state, temperatures there are forecast to be above average September through December.  Overall, conditions look good in Colorado for forage growth and nutrients needed for some excellent horn and antler development.  Though Colorado is most often associated with high mountain hunts, don’t overlook any chance to hunt mule deer or pronghorns on the rolling plains east of I-25 and north of I-70.  Northeast Colorado has received excellent moisture and vegetation is as green and healthy as it’s been in years.  Couple that with the chance for game to raid farm fields with bumper crops for food, and there will likely be some well-fed monster bucks in the area.  But if your heart is set on high-country hunting, look for opportunities west of a line from Steamboat Springs to Silverton, especially on the Roan and Uncompahgre Plateaus.  Those areas will play catchup in precipitation through the summer but enough rain should fall to result in good forage for game animals there just as the east half of the state begins to dry out.

Previous 2016 Spring Bear Hunt!
Next Quick! Put That Buffalo In Your Trunk!