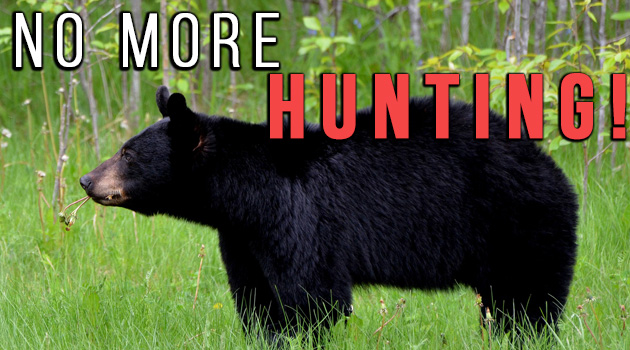 “Over the past few years, black bears have faced unprecedented habitat loss due to climate change and wildfires, and continued sport hunting in California makes survival an even tougher climb… It’s time we stop this inhumane practice once and for all.” Senator Scott Wiener – CA

California Senate Bill 252 proposes the end to hunting black bears in that state. Yeah, you read that correctly, zero hunting of black bears in California. That is not to say that bears will not be “managed”, as bears that come into conflict with public safety or livestock will be killed by the state of California and with a growing bear population this will add up to a lot of bears.

So, let me get this straight, and yes, this will be a bit of a rant. The state of California is going to put more burden on its taxpayers by paying government sanctioned shooters to eliminate bears that hunters would gladly pay to do? Genius! Why don’t other states do that? Here’s why…

With its current 1700 bear quota California nets around $1.39 million in revenue from tag sales and Pittman Robertson Act monies. As we sportsmen know that money doesn’t just benefit bears, it goes to a much broader fund earmarked for conservation by the state. The North American Model of Wildlife Conservation at work. Question answered? Not really.

You see the reason that California is willing to turn their backs on that money is that “public opinion polls” show that the majority of the state’s residents disapprove of bear hunting as they are a “charismatic species”. So this is basically the same reasoning that grizzly hunting was banned in British Columbia… feelings! Not science, feelings! Did I mention that the lead sponsor on this bill is the Humane Society of the United States? That alone should make this bill suspect and the fact that it’s yet another step down the slippery slope of throwing sound wildlife management out the window because reality is scary and uncomfortable.

So what’s next? It’s not much of a stretch to see where all this is going or will be going if 252 passes. The Humane Society will push for more and more predator hunting bans across more and more states citing “public opinion polls”. It has started with predators and mark my words, will end with all sport hunting.

Elk, deer, antelope, upland birds and waterfowl… the goal is to end all hunting and it is accomplished by taking small bites of the North American Model of Wildlife Conservation elephant over a long period of time. Pay attention folks, they take away predator hunting and trapping first but they will not end there.

If you are a California resident you need to be contacting your State Senators and Representatives and let them know that Bill 252 is a bad idea. Unless you’re comfortable with banning black bear hunting and if that’s the case don’t whine when you can no longer hunt anything in the Golden State.

UPDATE: Due to massive pressure from the hunting community this bill is no longer up for consideration.

Previous TagHub Table and Charts Expansion – UPDATED
Next OFF THE RAILS…