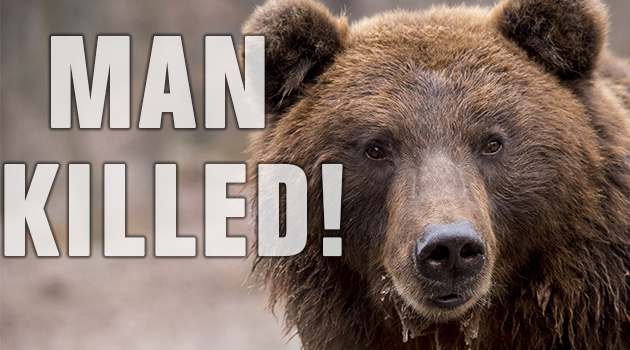 An Alaska man was recently killed by a brown bear on his property near the Kenai River last week. A Montana man was severely mauled by a grizzly and only survived thanks to his wife’s quick thinking of running the bruin off with their pickup. Unfortunately, if you live in or recreate in bear country these horrific events can happen to you as well.

But Todd, bear attacks are extremely rare, you’ve got more chance of being struck by lightning…. That statistic only counts if you rarely venture into ursine habitat. For those of us who live around bears and hunt, hike, fish, or just spend time in the woods it is only a matter of time until an encounter happens, it’s not if you’ll run into a bear, it’s when. Knowing how to handle encounters and avoid them as much as possible is very important as we approach hunting seasons across bear country.

Here are some tricks I’ve used in over 100 close up bear encounters from Alaska, Canada and Michigan to Wyoming that have thus far kept my hide intact and those with me safe as well.

I’m no bear expert but I’ve learned how to hunt and recreate in bear country through years living in it and from more encounters than I can count. I’ve been charged, I’ve used spray, I’ve spoken both war and peace to various bears. I’ve always been fortunate enough to walk away unscathed. A lot of that is God’s hand but some of it is knowing how to handle situations when they arise. These are just some of the things I’ve learned from 42 years living with bears.

Previous Seek Outside Giveaway with Eastmans’ TagHub
Next SCREAMING BULLS IN YOUR FACE!