It seems that grizzly bear attacks and altercations are rampant this year. Recently another group of hunters in Wyoming shot and killed a charging boar grizzly while they were elk hunting. In Montana a small group of hunters have killed a sow with no cubs when she charged them as they were breaking down an elk they had taken. With general seasons either ongoing or about to open across grizzly country in Montana, Idaho and Wyoming, there will surely be more conflict to come between hunters and grizzlies. This is not good for hunters OR bears. The question that many are asking is why more conflict and what can be done to stop it?

Well, the answer is complex and it’s not limited exclusively to hunters being in bear country.

There are more bears in the GYE (Greater Yellowstone Ecosystem) than at any time since recovery efforts began. In fact, there are more than enough bears to warrant a delisting from the ESA (conservatively over 1000 in the core area alone) IF the goal posts weren’t moved and the definition of “recovery” changed to suit the interests of radical environmentalists and animal rights activists who make big money off of ESA litigation, think millions of dollars.

Don’t just take my word for it… https://www.rmef.org/elk-network/equal-access-to-injustice/

The recovery of grizzly bears in the GYE is a major success story and one that is due in large part to hunters. We foot the bill for conservation in North America, especially the U.S. and grizzly country would not be bursting at the seams without the contributions of hunters through Pittman Robertson monies.

The bears have expanded their current range from 19,000 square miles in 2010 to 27,000 in 2020. That’s the size of Massachusetts in one decade! With a third of that growth occurring outside of geographical and socially suitable habitat. Couple that with the growth cities and towns surrounding the GYE have experienced recently, a lot of which is made up of people who have little to no experience with wildlife, and you’ve got the perfect recipe for conflict with grizzlies.

Due to the grizzly’s rampant growth and expansion Wyoming is once again petitioning U.S. Fish and Wildlife to delist the bears and turn management over to the states. This would be a step in the right direction as it would undoubtedly open a limited hunting season and make defending oneself in a bear conflict more cut and dry than the current process where folks who unfortunately have to kill bears in self defense are basically treated like suspects in a murder case.

Delisting would also take a major burden off of state game and fish agencies who are currently tasked with either relocating or killing bears who’ve found themselves in conflict with humans, which is happening more and more. In Wyoming, G&F is running out of places to relocate bears. Again, too many demands on the available habitat, both from bears and the recent influx of recreational use by people.

That brings us to the increase in conflicts this year. Combine the massive growth of both human and grizzly populations around the GYE, creating fierce competition for resources and a drought that has severely hampered the bear’s ability to put on enough fat for winter survival and you’ve got desperate bears searching high and low for any possible calories running into recreationists who are either unprepared for an encounter or hunters who are engaging in an activity that automatically puts them at risk.

So what can be done? First and foremost, delisting the grizzly bear and allowing state management will scientifically balance an overabundance of bears, create revenue for G&F agencies and help educate bears who have very little to fear from humans. Second, education… people need to understand that their greatest asset in any wildlife encounter is their brain. Be calm, think and always carry the means to defend yourself when recreating outdoors (bear spray, firearm, or both). People moving to grizzly country also need to learn grizzly bear protocols around their homes, not leaving bear attractants out and available to bears, fencing in livestock, think the recent trend of keeping chickens for example, and fencing in gardens.

There’s a lot to be considered when it comes to grizzly bear management and their current ESA status but as someone who lives and recreates in bear country I think it’s past time we delisted the grizzly bear and reestablished the true meaning and intent of the ESA. It was not intended as a place where species existed in perpetuity, hijacked by wealthy and litigious fanatics whose interest in the actual welfare of the animals is questionable at best and downright nonexistent in reality. It’s about money, plain and simple and it’s time to put a stop to it. Stand up, contact your legislators and tell them to delist the grizzly bear and take back the ESA from the clutches of greedy environmental groups such as The Humane Society of the United States, Sierra Club, WildEarth Guardians, Alliance for Wild Rockies, and Center for Biological Diversity. 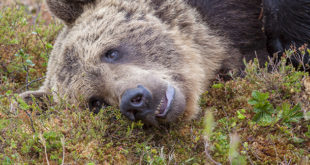 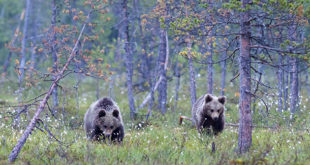 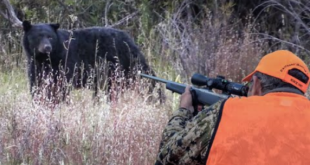 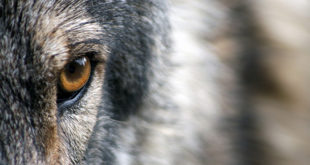 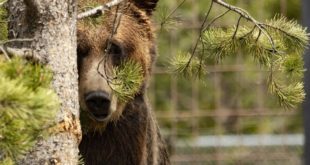 65-year-old Leah Davis Lokan, a registered nurse from Chico, California was ripped from her tent …