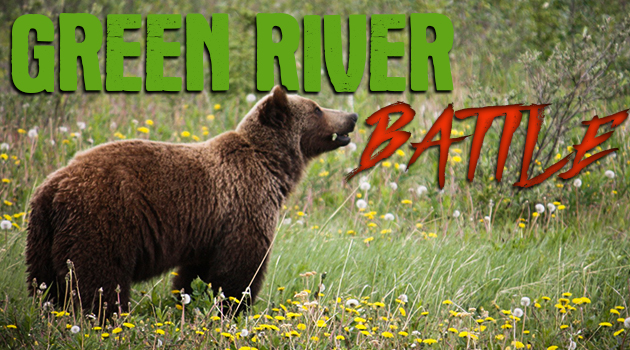 January 21st activist groups presented their intent to sue the U.S. Forest Service within the next 60 days for allowing continued livestock grazing on roughly 170,000 acres in the Upper Green River Rangeland of Wyoming. This seems to be a growing trend with animal rights advocates as we see legal action like this more and more across the West in the name of animal rights. Yet facts show something more is in play than animal rights, anyone willing to take a minute and learn the facts will see that most of the wildlife behind the conflicts are doing quite well. The grizzly bears in this particular conflict live in the Greater Yellowstone Region and they are thriving! Which brings us back to the Upper Green River Rangeland Project. This rangeland area has been under analysis since 2004, habitat is prime for grizzlies and is also grazing land for ranchers. The basis of the activists’ argument is that the ESA (Endangered Species Act) requires/demands protection of the bears as a higher priority than that of the habitat and overall welfare of the livestock/ranchers as well as the individuals who then consume these resources as an end product. The baseline issue revolves around the inevitable conflict between bears, livestock and humans, which will in some events result in the removal of problem bears by either relocation or lethal means. This conflict could otherwise be minimized if the grazing permits for this area were revoked and the ranchers were no longer allowed to use this resource. Now let’s rewind back to 1897 when the U.S. Forest Service was officially enacted by Congress; from the inception of the Forest Service/public lands, the U.S. Government has provided ranchers access to these lands, by means of grazing permits. In 1905 the agency stated the following points were the leading objects for grazing regulation:

This and many other supporting documents clearly indicate the desire of the US government and the Forest Service to support the public land grazing which is not only a precious resource for the ranchers but also provides a valuable resource to the American people. Substantial amounts of the beef that crosses your dinner table spent time grazing these hills for sustenance prior to finding its way to your home. This process has been taking place for well over 100 years and has provided a very necessary service to the American people.

After closer review, we see an argument with two driving directives. The ESA states the bears’ lives are the primary driver no matter what the cost of preservation, vs. the USDA Forest Service policies uses the habitat as the driver allowing for mixed use when managed effectively. Both are important drivers; however, you cannot have animals without properly managed habitat, thus concluding habitat management in balance with economic resources such as cattle provides the best use for the greater good of the resource. Meanwhile, wildlife whether ESA protected or not, are able to coexist with minimal and manageable conflict.

The combination of ranchers, cattle, horses and bears has been analyzed thoroughly over the past 15 years in the Upper Green River Rangeland Project area. The U.S. Fish and Wildlife Service released data back in April 2019 that shows the current grizzly population (roughly 700 bears) can handle as many as 72 bears being removed from the “Greater Yellowstone Region” over the next 10 years. In the event the 72 bears are lethally removed the current grizzly population should not suffer.

Keep in mind this is all coming on the heels of the recent delisting of the grizzly bear from the endangered species list. Which was scientifically backed by facts brought to the courtroom by biologists and conservationists using science rather than opinion. Yes, this delisting was temporarily stopped by a federal judge, but facts are facts and grizzlies are currently doing very well in this region. At the end of the day, how do we answer/deal with these conflicts? Many of us have seen overgrazed habitats from cattle and sheep and the ill effect it can have on our big game and upland birds. In the same breath, we can attest to the real benefit it can have as well, from reducing undergrowth that would otherwise become fuels for wildfires to the economic and food resource it brings to the blue collar American. As always, balance is necessary and being an active sportsmen/conservationist is a necessary step for the future of our hunting, fishing and outdoor activities.

On a side note, in the notice to file suit, the claimant states a loss of White Bark Pine trees as a major transition point for the bears turning to livestock for part of their sustenance. That seems fair to assume, as white bark pine seeds are a substantial portion of the grizzly’s diet and if they are in low supply why not eat a cow? Assuming this is true, what happens if we revoke the permits and remove the livestock? Hmmm…bears die off, reproduce slower or follow the food down the mountain and get shot for conflict issues, none of which are a better solution in the bigger picture. 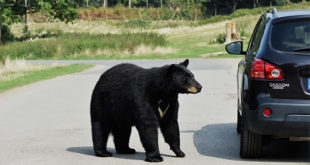 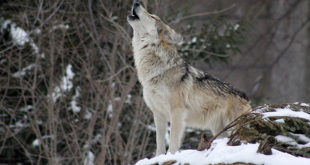 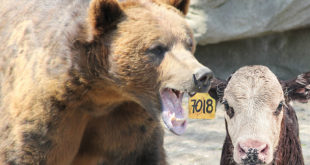 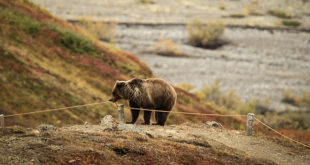 And so it begins, Charles “Carl” Mock is officially 2021’s first negative encounter with a … 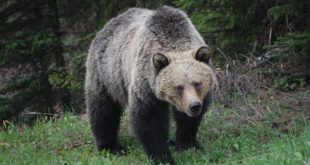 Let’s face it, grizzly bear management is a hot topic. Because it is …