5-Tips for Setting up a DIY Trophy Hunt

1.) Set Aside Enough Time-
I always make sure to set aside the proper amount of time to hunt an area effectively. Some factors that go into this decision are of course the length of the season, the specie you are hunting and your familiarity with the country. As a general rule of thumb, I set aside five days for an antelope hunt, seven days for a mule deer hunt and up to ten days for an elk hunt. The tougher the hunt the longer it seems to take, and elk hunting…well it’s elk hunting. Some states like New Mexico which has a very short two day antelope season would make this an impossible scenario. If I am very familiar with the area or have pre-scouted it a lot I might cut a day or two out of that schedule or on the other hand I am headed into completely foreign territory I will often add a day or two to the hunt just in case.

2.) Get a Good Map-
One of the first things I do once I have drawn a tag is buy a good map of the area. I usually get a customized paper topo map of the area with the unit boundaries and the public versus private land designated directly onto the map. This allows me to then transfer any “Walk-In” areas or public access to private property onto the map for reference while out in the field. I always make plenty of notes on my map during the hunt and signify where I have seen and killed big bucks for future reference. Soon you will be able to purchase these very maps from the eastmans.com store for your specific hunt area. An additional option might be to order a card for your GPS of the corresponding state so you can double check or verify access and road/trails against your paper map. Never throw your maps away and definitely do not loan them out to anyone! I have an arsenal of almost 50 of these maps waiting for another tag to be drawn in the area.

3.) Google Earth your Area-
After I get my map in hand I always run through my area on Google Earth. Most of the time I am just trying to get an idea visually of how the drainages and ridges flow as well as to get a general overview of what the country looks like. I look for good habitat as much as anything else. Secondary would be to search out good hard to get to roadless or trail-less country that could harbor a big old buck or bull where hunting pressure is light. After doing this a few times you will get better and better at picking out good buck and bull habitat. In a nutshell, I look for water holes and sage flats for antelope, basins and the heads of creek drainages for mule deer bucks and snow slides and pockets off of steep timbered ridges for elk. If you are new to this-Google Earth a piece of country that you know well and build up your familiarity with the look and feel of the program against what you know it looks like in your mind’s eye.

4.) Check the Weather Report-
I always check the weather report before I go on any type of hunt. Not only will this give you an idea of what type of gear to bring it also can give you a rough idea of what to expect when it comes to trophy behavior and game movements. I realize that moving a hunt at the last minute might not be possible for most guys but sometimes you can shift a hunt either way just a day or two in order to hit the perfect weather envelope which can make for a lot better hunt. My favorite time to hunt is right after a hard fall snow storm. The day right before the storm can be very productive also. The worst weather you can get is a big high pressure stuck over the Rocky Mountains bearing warm temps and blue skies. In addition, a full moon can be the kiss of death on any hunt. Try to avoid this scenario, particularly on a mule deer hunt. As a side note, one exception would be-nice weather is good for antelope hunting. Moisture and gray skies can make hunting speed goats a tough endeavor.

5.) Be Smart About your Hunt Dates-
Before I actually set aside my hunt dates, I always do the math. This simply means to divide the number of hunters (the tag quota) by the number of weeks the season is long. So if you have 100 tags in an area with a five week season that would be only about 20 people per week hunting. A very manageable situation and the hunt dates for this type of hunt would be wide open as there should be very little hunting pressure in this area even on the opening weekend of the hunt. On the other hand, if an area has 1200 tags and a two week season then we have an entirely different scenario with over 600 hunters combing the area for bucks. If this pressure factor goes to over 100 hunters per week, I usually schedule to hunt during the week from Monday to Thursday. This allows the weekenders and locals to have at it on the weekends. Another thing to watch out for is the opener. Research shows that over 60% of the hunters in an area hunt on the opening day or two of the season. With only 100 tags this would not be much of a problem as only about 60 guys will be competing with you for a buck. I try to only hunt on the opening weekend if this number is below 100 or I have scouted the area thoroughly and have found the buck or bull I am after before the seasons starts. One last thing to keep in mind is the size of the area. A massive area can handle a lot more hunters than a small area. Some final rules of thumb I use: For elk hunts October 5th to the 20th seems to be a dead zone. I try to hunt before the 5th of October if possible. For a rut hunt schedule the 20th of September to be smack in the middle of your hunt, moon depending. Try to hunt the back end of a full moon phase as the moon is decreasing if possible. For Antelope: anything really goes here. I like to hunt antelope after the 10th of October in nice weather if I can. For mule deer, the earlier the better, or after the 25th of October. The first three weeks of October can be a brutal time to try and hunt a big buck. Why do you think so many of the mule deer rifle seasons are scheduled during this time period? Throw in a big high-pressure weather cell and it can be next to impossible. The exception to this is the first week of October can be a golden time to kill a big buck in the high country if you get the right weather and light hunting pressure. 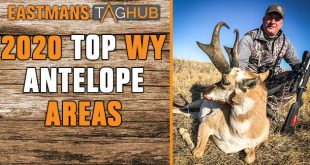 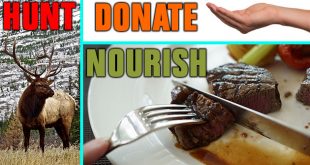 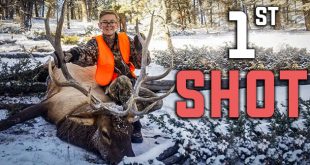 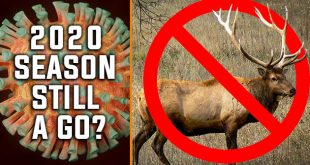 Life is returning to normal for much of the West. Here in Wyoming … 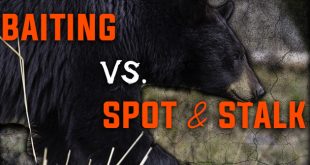