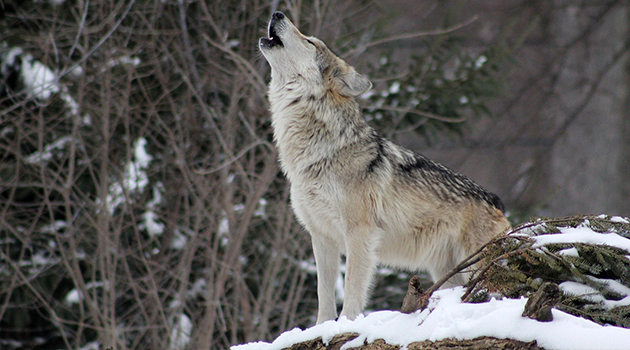 News on the homefront this morning is that a new pack of wolves has been recorded in Wyoming where only the occasional wolf passed through before. A central Wyoming outfitter has shared footage he took while hunting the Medicine Bow National Forest last fall. If this is a trend that continues, one of the last remaining wolf free National Forests in Wyoming will be home to Canis Lupus.

The Medicine Bow National Forest lies extremely close to Wyoming’s largest population hub and butts up against the now wolf-reintroducing state of Colorado. Wolves here are most likely an inevitability and the popular hunting units that lie within its borders are sure to suffer from the lack of game that units in the northernwestern portion of the state have been enduring for the past decade or more. This is to say nothing of the impact a burgeoning wolf population will have on livestock producers in the region.

Speaking of livestock producers and wolves; Idaho has just moved a bill from its Senate to its House that would expand the harvest of wolves across the state on private property. Senate Bill 1211 proposed to nix the 15-wolf tag limit in place and extend wolf trapping season on private property year around. The bill still has to make it through the House before it would arrive on the Governor’s desk, so there are hurdles yet in play but if passed SB 1211 has the potential to shake things up for wolves in the Gem State. That said, there is still a minimum number of wolves that Idaho must maintain or the risk losing management to the Feds.

One thing is for sure and certain, the wolf debate is increasing in both scope and intensity… the only question remaining… is there any middle ground left when it comes to wolves in the West?