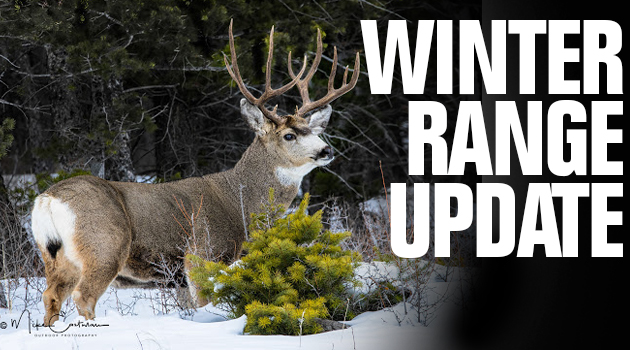 For some reason it sure seems like good news is hard to come by these days. So you can imagine my elation as this press release sat on my desk awaiting my return from the first round of shows this winter season.

According to the Wyoming Game and Fish Department via my good friend Gary Fralick the Wyoming range biologist, things are beginning to look up for the Wyoming Range mule deer herd.

So far this winter has been relatively mild in western Wyoming, at least on the northern two thirds of the winter range. With lighter than average snowfall and almost beyond mild temperatures, from a Wyoming standard at least, this winter is shaping up to be very favorable for our mule deer and antelope herds north of Interstate 80. Cross your fingers for continued mild conditions through the months of February and March, which can often be killers for our deer.

With the post season deer survey now completed, the results have been very encouraging for this delicate deer herd. The buck to doe ratio has continued to improve the second year in a row, with a current count of 41 bucks per 100 does, a net increase of nearly 37% since the count of 2017 that revealed a buck to doe ratio of only 30.

In addition, a very high fawn survival percentage and stricter hunting regulations has equated to the highest proportion of yearling bucks since 2015. “We expected buck ratios to bounce back once we had a couple years separating us from the 2017 winter, which resulted in a higher proportion of fawns surviving the winter and being recruited into the population,” said Fralick. Fralick continued, “This rebound in bucks observed on the LaBarge winter ranges bodes well for the upcoming 2020 hunting season in the Wyoming Range and Greys River, provided the winter weather and snow conditions continue to remain somewhat moderate over the next two months.”

The news is not all rosy however, the southern portion of the winter range, the areas around Kemmerer, Cokeville, and Evantson have been dramatically different with regard to the weather conditions. These areas are experiencing yet another tough winter, the third such winter in a row for these struggling deer herds.

As an interesting side note, in February of 2018 Wyoming wildlife managers completed the most comprehensive winter range count ever conducted in this region. Over 100 hours of helicopter time over a 1,600 square mile area was completed to reveal a new, and extremely accurate baseline deer count of just shy of 30,000 animals. This number will be used as a given deer herd count going forward to measure the ebbs and flows of the deer populations in this region of the state.

When asked about the upcoming 2020 hunting season, Gary said the hunting regulations and season structure will continue along a very conservative line as the Game and Fish works to use time and restraint to help boost the mule deer herds back to healthy numbers over the next few years if the weather continues to cooperate. On average, a bad winter knocks down these deer herds drastically every three years. That said, a five-year run of good winters sure would be a welcome sight at this point. Cheers to being lucky.

Following in the footsteps of his father, Guy has taken up the reins and is now at the helm of the Eastmans’ Hunting Journal and the Eastmans’ Bowhunting Journal. A fine hunter in his own right, Guy has taken several trophy animals and has become an expert in trophy hunting as well.
Previous Buck Drops Both Antlers at Once! Mule Deer Shed Hunting
Next 2020 SHOT Show Roundup 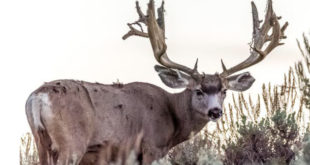