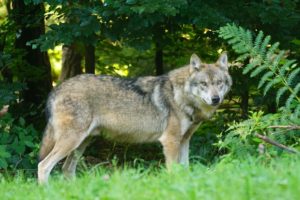 FWP released data from 2021 which concludes that wolf populations in Montana are stable at about 1,141. This has been the case since 2017, where populations have been stable or slightly up on any given year since then. Harvest was good in 2021 but the amount of trappers in the field was down compared to years prior. Population estimates have been as high as 1,256 in 2011 to as low as  1,113 in 2017 which shows that populations have been very stable over the past decade.

The state legislature approved legislation in 2021 which gives hunters and trappers more tools to harvest wolves such as an increased bag limit and extended season. Ultimately the goal is to get populations down a bit as they are well above the minimum recovery goals. The state is run on a quota system so when a quota is met the season is closed. The law is being followed and ultimately, FWP wants to keep wolves off the endangered species list.

Wolf populations are estimated as there is no exact way to count a population of the super elusive animal. FWP uses an integrated patch occupancy model when data is pulled from a variety of sources to produce population estimates. One of the sources comes from hunter harvest surveys where deer and elk hunters are asked if they saw wolves while hunting and where they were. I can imagine population estimates are still lower than actual numbers just for the fact that wolves are just plain hard to count.

All that said, animal rights groups are constantly pushing to take away state’s rights to manage wolf populations. The actual number of wolves could be three or four times the “estimate” and it still wouldn’t be enough for these groups. They will not stop there either, next on the list will be lions, coyotes, bobcats… we are seeing that push in every state that has apex predators like bears, wolves and cats. There has never been a more critical time to have your ear to the ground for game and fish public comment, meetings and any opportunity to provide your support for state management of all apex predators, especially wolves.

States such as Idaho, Montana and Wyoming are doing marvelous work managing wolves; keeping populations stable while meeting recovery goals for these animals. Do your part, buy a wolf tag or two, get out and test your mettle hunting for this super-elusive predator and be part of the management process.