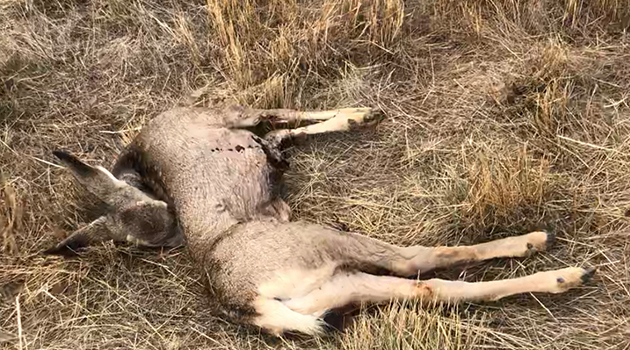 I gotta admit…when I first heard about a law passing in Wyoming that would allow you to pick up roadkill and take it home for supper, I couldn’t help but think we must be living in Hazard County, the home of the Dukes of Hazzard. Hahaha!

While there is merit to being able to take home recently killed wildlife on the roadways, the pitfalls of doing so are many and, quite frankly, laughable.

Obviously, you can’t just have a law that says anyone can pick up any dead animal on the side of any road so they can take them home and eat them. There needs to be some ground rules (pun intended) so that wildlife bandits aren’t taking advantage of the situation.

After reading this report from Oil City News out of Casper, WY, it becomes apparent that taking an animal home for table fare after hitting it on the highway is fairly complicated. I’m sure this was done by design in order to greatly reduce the occurrence of wild game being illegally taken home after being struck on our state’s highways and byways.

So, I have to ask, “what’s on the spit” tonight? Meat from the grocery store, or roadkill? I guess here in Wyoming it could be roadkill. “Roadkill…it’s what’s for dinner!”