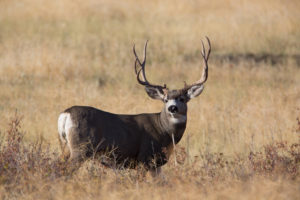 Earlier in the year I reported on this case, Brayden Reed poached four deer and damaged recreational property in Yellowstone County, MT. Well, he has been sentenced and it’s once again a slap on the wrist! 16 years of revoked hunting privileges and a fine of $6,000.

It has got to be frustrating for game wardens who spend hours and hours investigating and building prosecutable cases to bring before judges, many of whom don’t seem to take poaching very seriously, to watch the fruits of their labors brushed aside with little consequence. $6,000? You can’t buy a decent used vehicle for that price right now. 16 years of suspended hunting privileges? Poachers aren’t hunters anyway so the suspension of “privileges” means little or nothing to them anyway.

Maybe I’m off base here but where’s the restitution? $6,000 is a smokin’ deal if you ask me… most guided deer hunts in Montana will set you back that much or more and that’s for one buck, not four! DO NOT get me wrong, I’m not condoning poaching deer, I’m bemoaning the fact that this poacher stripped the citizens of Montana and many non-residents of opportunity and diminished a valuable resource at the same time. I’d be willing to bet if we were to stack up figures that those deer had the potential to provide upwards of the sum of $60,000 when factors such as hunting licenses (both resident and non-resident) and tourism (money spent on local commodities: food, lodging, fuel, guide fees), are taken into consideration.

My point with this rant is simple… poachers are thieves! They deserve jail time/prison, much higher fines, and community service to provide restitution for the damage they inflict on wildlife and tourism. Again, I’m NOT talking about hunting mistakes, those happen and lack the malicious intent that goes along with poaching. Poaching is intentional and often elaborately planned like most crimes and should be dealt with as such in our courts.

“The case originated with information called in to 1-800-TIP-MONT, the FWP call-in line to report crimes involving fish, wildlife, parks and other natural resources. Anyone with possible information about such crimes is encouraged to visit https://myfwp.mt.gov/fwpPub/tipmont to provide details or call the FWP violation reporting hot line at 1-800-TIP-MONT. They may be eligible for a cash reward of up to $1,000.”