Hey folks, I’m back after several months of not checking in – not good for the ol’ Blog, but I had problems with my new metal knee and the recovery wasn’t going as planned. I also didn’t have too much to talk about – it’s hard for me anyway. But now that my knee is doing better, I figured I’d get back to writing. In fact I was doing a little fly-fishing two weeks ago and stuck a 25” male brown trout, my best this year. 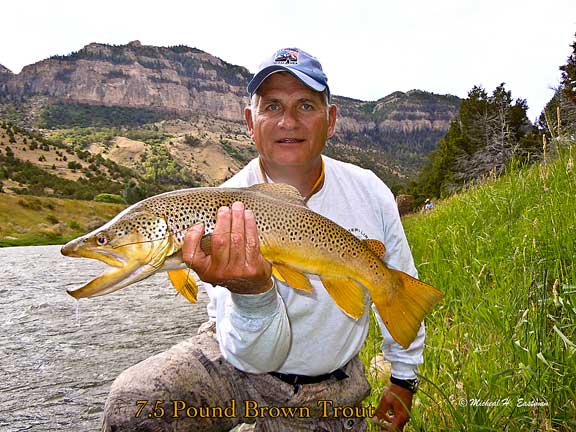 I went down to Colorado last week with Guy and harvested a heavy B&C-class antelope. It was a great hunt and we saw several large bucks. In fact, Guy took one even bigger than me, with 7” diggers. I scouted several days before the season, found the buck I wanted, and just hunted him. It took several days to get the job done, but it worked out. In my book, Hunting Trophy Antelope, I talk about this strategy. 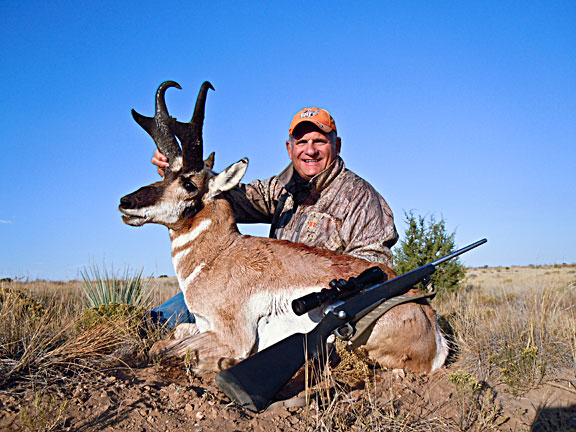 Back in the Stone Age, when I was young and backpacking for mule deer in the high country, I’d always carry a spotting scope. This was in the ‘60s and very few hunters had one. I was using my dad’s, which he used in Alaska while guiding sheep hunters. Then in the ‘70s, I found a lightweight scope made by Leupold. It was small with a fixed 20-power eyepiece and was the perfect backcountry tool for glassing faraway basins. A lightweight scope small in length and diameter, it fit the backcountry bill. I could pack it in a side pocket of my frame pack. Well, Leupold, because of their inability to know western hunting, dropped it from their line for a two-tiered scope. That scope weighed more and wouldn’t fit in the side pocket of my pack. 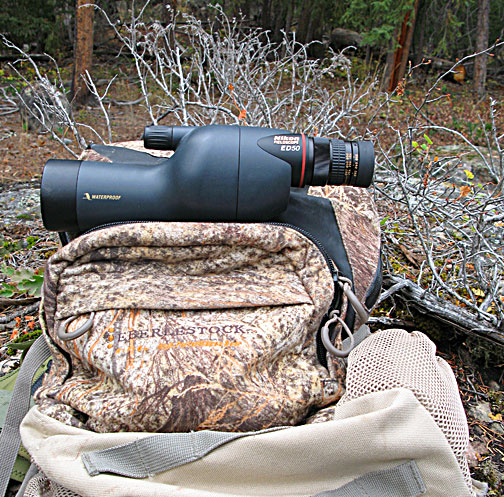 Now fast-forward to today and Nikon has this new scope, the ED 50, which weighs only 19.8 ounces and can fit in my daypack or multi-day backpack side pockets. This compact scope is variable, which is a plus. I carry it in my daypack when I’m hunting antelope or mule deer. As you know, half inches on a goat can make the difference and I want to be able to take that last look before I squeeze the hammer.

Nikon has two others in their lineup – a 55mm and the monster 85mm – which can be a real plus in lowlight. These scopes are packed with plenty of glass. They’re heavy (the 85mm is 5.4 pounds), so you’re probably not going to want to take it on a backpack hunt. They can, however, bring in a ladybug at 500 yards at near dark thirty. In that case, I will pack the larger one in the rig for spotting from the truck. If I had to pick one scope to get, I would go for the ED 50 because of weight and the different hunting uses. So if you looking for a practical, lightweight, and rugged glassing tool for hunting, it’s a good match.

Previous Fall is on the WAY!!!
Next Wyoming DIY Antelope Hunt