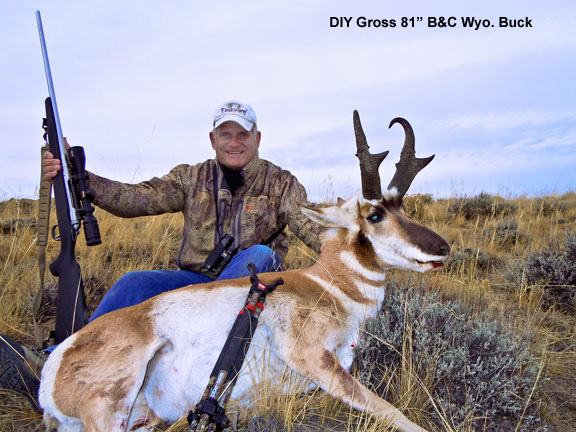 Well, I finished up my 2010 hunting season with a DIY, hunt for antelope in unit 72 of central Wyoming. The last two years I’ve picked it up as a second choice tag. Three years ago, the unit had a lot of antelope along with some good trophy bucks. It does have a lot of private land, but permission isn’t a problem. However the Wyoming Game & Fish gave out 2,000 tags each of the last two years and ran the season this year till the end of October! I did find an excellent buck with 15” length, 5” prongs, and good mass. The buck will go in the low 80s and maybe net awards. I’m almost positive I was hunting the same buck I was after down there last year. He had the same length, but I think a little heavier. Like I stated in my antelope book, these bucks come back to the same area every spring. It took me five days to finally find him in stalkable terrain. It’s sad because with the heavy antelope harvest the last two years down there, there’s not much is left for mature bucks.  I won’t be putting it as a second unit next year for sure.

The mule deer rut is on, so I’m out doing some still filming of the bucks. I did run into this bull hiding out and got some pretty good stills of him. This time of year they are just hanging out and healing after the rut. 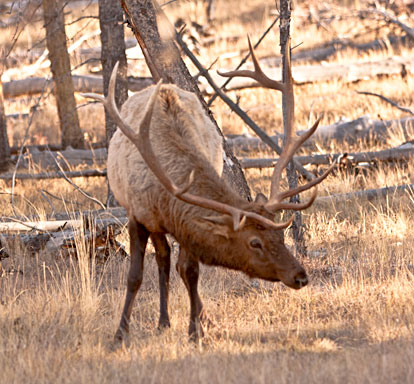 By the way, grizzlies are still around Mike and Bertie’s place. Had one standing next to my gas tank during mid-day while Bertie was backing her truck out of the garage – that would be about 20 feet from her! I was out hunting antelope and wished I was home because I could’ve got some great photos. I hear the Game & Fish have trapped and either took out or brought in 65 grizzlies in this county this year! That’s musical grizzlies, Wyoming style.

When I got back from hunting this fall, I had a lot of e-mails from hunters who used the information in my book, Hunting Trophy Antelope, to help them take a trophy antelope of their own. I would like to share a couple with you and if you’re on the fence about purchasing the book, these testimonials might help. To purchase the book, go to www.eastmans.com or call the toll free number, 1-800-842-6887. 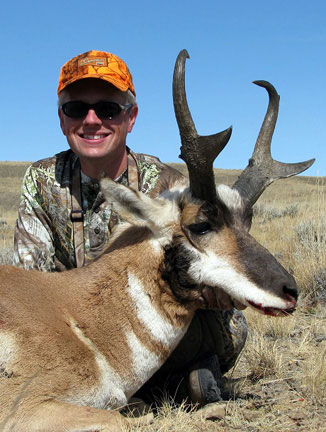 Mike: Thanks again for all of your advice in your book and via email, we really appreciate it!  In fact Dad has been reading my copy of your book while we were on our hunt and said he wants one of his own, so I’ll be ordering another copy to give to him as a present. Bill 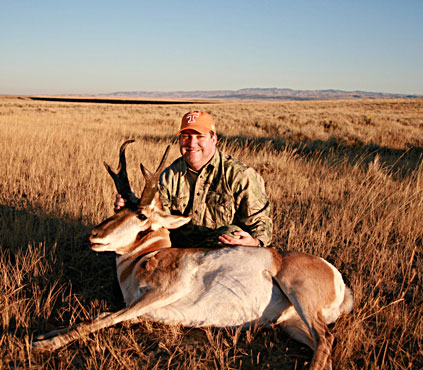 Hope you enjoy this blog. Next one I will have photo’s of some Big Desert Mule Deer Bucks. Catch up with you in a few weeks. Mike Eastman