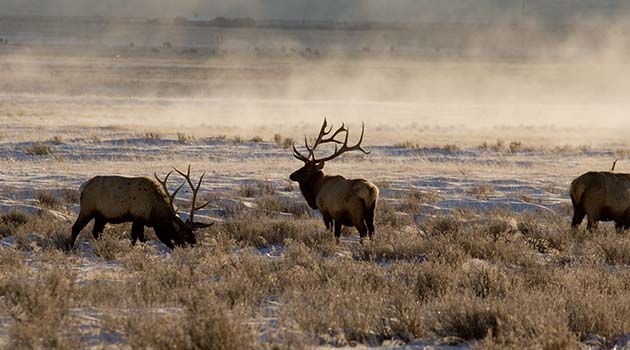 Well that didn’t take long! The FWP commission retracted their proposal to convert special draw areas to general elk hunting on private land in hunting districts in 411, 417, 426, 535, 590, 702, 704, and 705. FWP Director Hank Worsech defended the proposal saying it’s a way to address herd numbers and make it so private landowners could hunt their own property because they couldn’t draw a tag. There is a landowner tag draw already in place and you are eligible for it if you own 640 acres of land in the district. For deer and antelope you must own  160 acres to be eligible for the landowner draw. Would this change in law actually address the elk population problem on private land? Most folks say no, and it created quite the buzz in Montana recently with fears that this would only further privatize hunting in the great state of Montana.

Commissioner Pat Byorth argued against it saying the herd population numbers in those areas are outdated and noted that only hunter access is going to reduce the elk herds, not privatizing the hunting. State Senator Brad Molnar told the commission that the current proposal will do nothing to address the population objective as a whole and “the problem is, for this particular moment, that Gov. Gianforte appointed and the Senate confirmed an extremely slanted commissioner and director. And I expect nothing good to come out of your efforts for the next four years.”