If you missed Guy Eastman’s live chat on our forum this recap is for you!

Q: Other than Region G what WY deer units should a NR with 3-5 points be looking at the next few years?

A: That’s a very good question. Wyoming’s deer situation is very tough right now. As for the future, I really like the 105 late season and I think the new LQ structure in the Platte Valley could reap some great mule deer benefits in the next three to five years. Areas 78, 79, 80, 83 and 81 were all changed to limited quota last season, taking almost half of the hunting pressure off of some of Wyoming best deer genetics. I think if the state keeps the quotas tight down there, things could be very good in a few years. I also like the deer quality and rebound in Region K. The fall was very wet and the winter has been pretty mild down there so far. Areas 101 & 102 should have good antler growth this year as well – just a few of the bright spots. -G

Q: With the abundance of snowfall most of the state has seen, especially in the arid portions, would it be safe to say that buck quality should improve greatly this year in these areas often overlooked?

A: I think so. The moisture in Wyoming has been outstanding this winter. I just looked at the SNOTEL report this AM and most of the state is at 120-150% of normal snowpack. The most is right here around Cody and the least is around the SW corner of the state near Evanston. The entire state had record rain and snow going into the winter during the fall and barring any crazy spring storms I think this should be a very good year. I think the horn growth should be the best we’ve seen a while as long as the numbers remain good. The winter has been a tough rough in some places, but I’m not getting any winter kill reports so far. The elk should be tremendous. -G

Q: As a nonresident with 3 mule deer points, Region G is at the top of my list. A lot of the research I have seen shows the potential for a great buck in this region. However, most of the pictures and kills seem to be from the rifle hunt. What can I expect in Region G as a bowhunter during September? Willing to pack in 5-10 miles, hoping for a chance to chase 160-180 bucks.

A: That’s a good question. The bowhunt in Region G can be pretty tough, as the deer are very, very high in September and tend to hang out in the wide open basins. The other drawback is that you only have about 10 days or less to hunt the bucks in there with a bow. The rifle season in there opens on the 15th of Sept, and about the 9th or 10th the rifle hunters start clambering around those basins scouting for bucks. No doubt, the biggest deer in WY usually come out of that Region. The hunter success in Region G did increase last year by more than 12%, putting it at a 5-year high, so the hunting seems to be getting a bit better each year in that Region. -G

Q: What are your thoughts on Region F deer, particularly Area 105/106? Thanks!

A: My wife and I hunt elk in Region F quite a bit, and I think the deer hunting is getting better and better there. I really think that as the elk population has dropped in there due to the wolves, the deer herd has certainly benefited from it. My neighbor’s grandson killed a 33-inch buck that he brought over to my house one cold November night to show me last fall – a really sweet, heavy, wilderness buck. -G 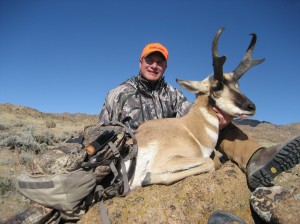 Q: I have 6 points for deer, elk, and antelope. What areas for each species would you choose to hunt in with little or no time to scout? I would want to find good quality animals in the upper trophy class. Is this possible without hiring an outfitter?
Thanks!

A: Trent, I would go for Area 96 for antelope if I were in your shoes. I saw some very nice bucks in there last October and it is close for you, coming from NV. Along with that, you might consider Area 130 for mule deer. It has been a bit tough out there over the past few years, but I think with this moisture the deer should do very well out there and it would make a sweet combo hunt with overlapping seasons. The hunter success is pretty high in 130 and I think a 170+ is certainly possible, with the antelope quality probably in the 78-82 inch range. No guides would be necessary in either of those areas. Good luck, man. -G

If you want to read the full thread in our forum click HERE!  If you aren’t a part of our forum, stop in and give it a try, you won’t be disappointed!

As always, thanks to all who participated!  We will be announcing live chats for other states and topics very soon!

Previous So, What is Coyoting Out?
Next Hardcore Field Test – Yeti Coolers 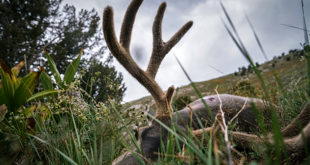 https://www.azgfd.com/archery-deer-hunters-changes-coming-to-over-the-counter-nonpermit-tag-opportunity/ Changes are on the horizon for Arizona archery deer hunters. Beginning this year the …