Trending Posts
Home / General / Keep Your Hands Out Of The Cookie Jar! 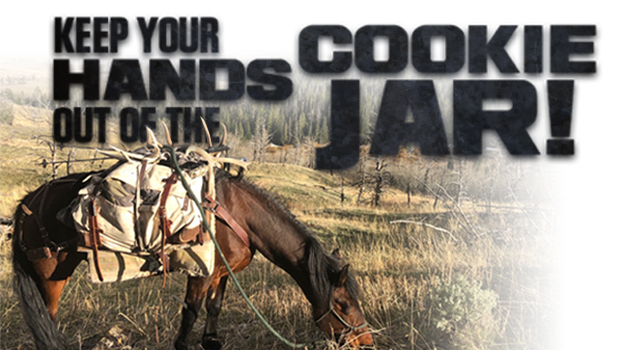 I have two toddlers and as such I find myself often telling them to keep their hands out of the cookie jar! At their age the jar is just way too much temptation. However, discipline has taught them that they have to say please, thank you and when they don’t follow the rules they will not get a cookie. Here is to hoping that the $15,000.00 fine and loss of hunting privileges for five years is enough to deter others from jumping the gun on shed hunting in closed areas the same way that discipline has worked for my children.

A Wyoming man named Joshua Anders Rae received his punishment for jumping the gun and entering land closed to shed hunting where he then stashed 104 lbs of antlers for collection later. Rae plead guilty to the charges laid against him. For 104 lbs of antlers he has lost his hunting opportunities for five years and will have to figure out how to pay $15,000.00 to the state of Wyoming!

The question in just about every big game related case is, was the penalty enough? At first glance this punishment sounds pretty significant but is it enough to deter other people from putting their hands in the cookie jar?

The answer is complicated. With the value of antlers on the rise and the popularity of shed hunting at an all time high due to social media it may actually not deter would be law breakers. I have had friends tell me how much money they have gotten for their sheds and it never ceases to amaze me.

The simple reality is that we always have to do what is best for the animals if we want our children to be able to enjoy them the same way that we have. The rules for these seasons are in place because of the delicate state of the bucks and bulls at the end of the winter when they are dropping or have just dropped their antlers. Will crimes like this lead to an increase in rules and discipline? That is usually the case.

The best solution is for all of us to report the weird or illegal things we see in the field. Enforcement of these shed hunting rules is for the betterment of the animals. If you don’t agree with the rules then make sure that you attend the public input meetings and let Game and Fish know your concerns. We don’t have a right to complain if we aren’t involved and that includes suggestions for penalties and punishments.

What do you think? Is the punishment enough to keep others from putting their hand in the shed antler cookie jar?