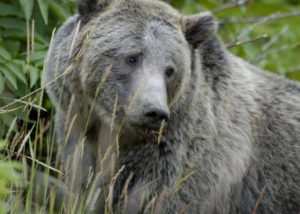 Three juvenile grizzly bears have tested positive for avian flu this fall according to Montana FWP. The bears displayed a high amount of disorientation, partial blindness and appeared to be in poor bodily condition. Two were in the Augusta area and the other was near Kalispell. The bears were euthanized due to their condition.

These are the first grizzlies documented with avian flu but many other scavenging animals have also tested positive for the flu including black bears, skunks, raccoons, foxes, and a coyote. This pathogen is relatively hard to contract from normal passerby contact, but these animals are sure to be consuming birds that have died from the flu which has been a real issue all across the country in the past year.

It is possible for this strain of avian flu to spread to humans as well but the risk is considered very low by the CDC. It is recommended to stay away from dead waterfowl or other birds that appear to be sick and that goes for your pets too.