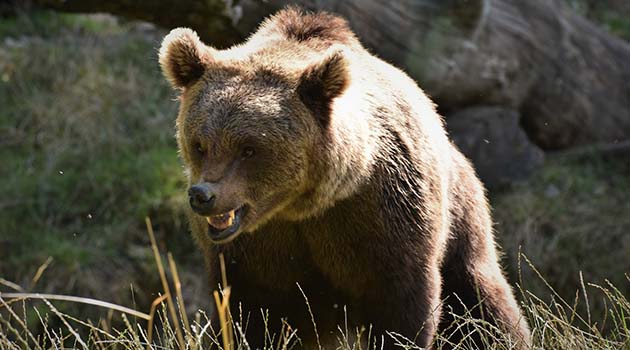 Wyoming Senators Cynthia Lummis and John Barrasso have stepped up as a tri-state coalition and four US Senators jump into the fight to delist the more than recovered grizzly bear.

The grizzly bear delisting saga continues in the northern Rocky Mountain states. A new development has in fact arose as of late with a recent collaboration between the states of Wyoming, Montana and Idaho along with a coalition from Federal legislators in said states that places a bit more muscle and credibility behind the ongoing effort to delist the overpopulated predator in the region. A democratic federal administration will more than likely make this possibility nearly impossible, however it looks like the states of Montana, Wyoming and Idaho are poised to make another run at a grizzly bear delisting in the next few months. A process that will neither be easy nor quick.

The primary goal is for the states to regain control of the bears outside the scope of the protections encompassed within the confines of the Endangered Species Act of 1973. The state of Wyoming in particular has aggressively engaged in this process for the better part of two decades with no avail as court case after court case has shut the effort down even after the Federal Fish and Wildlife Service themselves have agreed with the release of the species as “recovered”. All the while the population of bears in and around the Greater Yellowstone Ecosystem has continued to expand well beyond the carrying capacity for the predator causing massive wildlife management issues and conflicts.

The primary complaint or reason for the Montana judge and an appeals court panel to reject the move to “delist” was based on the risk of a lack of genetic diversity related to connectivity within the region’s bear populations. This new memorandum of understanding, which has yet to be agreed to fully by the states of Idaho and Montana, would create an agreement or pact between the states to open up the possibility of embarking on a relocation program between the not quite connected current populations throughout the states. Essentially, genetically connecting the Yellowstone bears with the Glacier bears in an effort to create a larger and more blended genetic pool in both regions. Basically, a good old fashioned bear swap.

As a side note, the state of Montana has also recently begun to move forward with the process of a potential removal of the grizzly bear in the Glacier National Park region of Montana from the ESA as well. Northwest Montana is now experiencing many of the same negative effects and problems of an overpopulated grizzly bear population that we have witnessed in northwest Wyoming.

Another argument regarding the bears in recent years has been the details surrounding the process and results of bear counts within the region. It was previously thought there was somewhere in the vicinity of around 750 grizzly bears within the Greater Yellowstone Ecosystem directly, however an error was found in the overly conservative counting process that has forced wildlife officials to adjust this estimate higher-much higher in fact. Some believe the count has been off by nearly a factor of three, possibly putting more than 2,000 bears into an area with suitable habitat for only about 500 bears. This has created a massive problem for all involved, including the bears themselves. Overpopulation of an apex predator species is a very ugly situation.

This very situation has resulted in a boat load of bears being killed by wildlife officials, recreationalists, ranchers and other bears as a result. By the end of October, 42 bears had been killed in Wyoming alone which represents an increase of 40% over last year’s mortality figure. As I have said before, if you want fewer bears killed, have a bear hunt. The prospects of a hunting season for these bears will result in benefits for all those involved including the bears themselves. We have seen the very same results with our wolf situation. Once we began hunting the wolves again the actual wolf mortality and conflict data was drastically reduced and everyone has realized benefit even the wolves.

The previously proposed hunting season for the grizzly bear in Wyoming was structured in a way that would reduce human bear conflicts, increase revenues for management, drastically reduce the costs of management and in the end, more than likely reduce the actual grizzly bear mortality overall.

Another portion of the memorandum addresses the population swings by agreeing to suspend the hunt if the population drops below 831 bears as yet another safety stop gap in an effort to placate a court that has little understanding of sound wildlife management and conservation.

The grizzly bear population in Wyoming has blown up to such an overwhelming number that we now have bears living in neighborhoods and being hit on the highways by vehicles-a sure sign of drastic overpopulation for such a species. With well over 300 cubs on the ground as we speak heading into the winter hibernation season, there will be more trouble on the horizon next spring with continued population growth and explosion.

Possibly with the pressure from a three-state coalition and a federal legislative push this species can be finally designated as a fully recovered species once and for all. If nothing else, this action might lend some much-needed credibility to the very damaged and tarnished endangered species act which has an otherwise miserable track record of actually recovering our precious wildlife species from the brink of extinction.