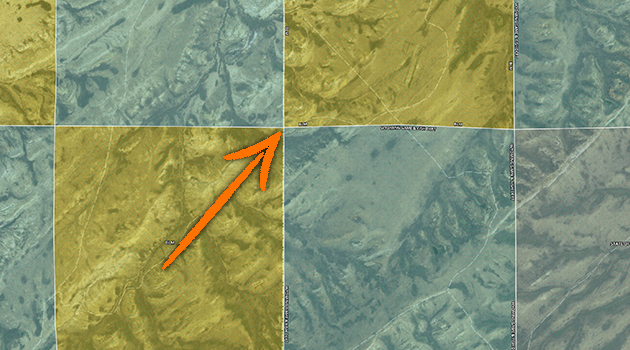 Exclusion of the body cam footage earlier this week looked like a severe body blow to the defense. It looked even worse when the judge in this corner crossing case let it be known that definitions for air space in relation to Wyoming law would be sent with the 3 man, 3 woman jury for consideration during deliberations. The deliberations lasted a mere hour and a half and all 4 Missouri men walked out as NOT GUILTY men.

The jury found that the prosecution had not presented evidence that the 4 hunters who had taken 2 elk and one deer on their 2021 hunt were guilty of trespass or even the alternative theory of trespass to hunt.

This case has drawn attention due to the 5 million acres of public land that are technically land locked but could be accessed through “corner hopping.” A Gofund me page was established with a goal of $30,000.00 and that figure was well exceeded at a whopping $71,160.00. Sportsmen from across the United States have donated to this fund in hopes that it will help establish a precedent down the road to make the practice of “corner hopping” explicitly legal rather than the gray area that it seems to be now.

While this case has not set precedent because the language of the law on the books in Wyoming defines air space as belonging to the landowners of the properties where the corners meet.

So what say you? The federal civil case is next and I’m sure that there will be plenty of discussion around what will happen in that case. There will also now certainly be discussions in Wyoming at least regarding the language of the law about corner crossing and air space. Where that goes will certainly be interesting. We encourage you to write letters to your state legislators if you are a Wyoming resident to let them know how you feel about the law either way.

Video evidence, whether it be privately recorded, dash cam or body cam from law enforcement tends to tell the story in ways that we were never able to see in yesteryear. It also adds levels of complication that were not involved in trying cases before video opportunities were available in everyone’s pocket.

This complication hits home in the much documented and discussed Corner Crossing Case  that is currently playing out in Wyoming. Video evidence has circulated from this case (can we link to this video?) as it is public record and as goes this case there has been much ado with its release. The judge in the case has ruled that due to the nature of the discussion in some of the video only portions can be used as evidence. Officers in the video are seen and heard discussing what the law states and its interpretation. The judge believes the interpretation of the law is up to the court to decide and as such that discussion is not relevant.

For the defense this means that they will have to use the segments they need while excluding any of the sections that show law enforcement discussing the interpretation of the law. For the prosecution this will certainly add plenty of discussions to the talking points when evidence is brought up for use in the trial.

What’s potentially at stake is access to all of the land that is landlocked by private land but has corners that touch publicly accessible land. Wyoming has the largest swath of checkerboard public land, and access for the public to these lands could be a win for sportsmen and public land users.

For an even more in depth look at this new piece of the puzzle in this case feel free to read the WyoFile article. You can also read more here on this case as we have covered many of the changes and events leading us to where we are today. (provide links to our other blogs on this and to this onX article: