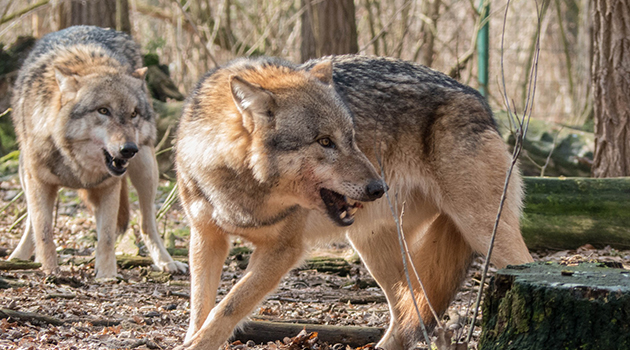 According to a Colorado Parks and Wildlife (CPW) news release, https://cpw.state.co.us/aboutus/Pages/News-Release-Details.aspx?NewsID=8030  CPW wildlife officers are confident in confirming a wolf depredation incident has occurred on a domestic calf in North Park, near Walden Colorado.  Walden is located at the confluence of numerous GMUs in northwest Colorado less than 20 miles South of the Wyoming border.

On Sunday, Dec. 19, 2021 a CPW District Wildlife Manager (DWM) received a report of a calf carcass on a ranch in Jackson County. The DWM responded and conducted a field investigation and necropsy on the carcass of the calf to look for evidence of pre-mortem wounds. “The results of this investigation indicated wolf tracks in the immediate vicinity of the carcass and wounds on the calf consistent with wolf depredation,” said CPW Area Wildlife Manager Kris Middledorf.

Today, gray wolves remain a state endangered species, and wolves may not be taken for any reason other than self-defense. Illegal take of a wolf may result in a combination of penalties, including fines of up to $100,000, a year of jail time, and a lifetime loss of hunting license privileges.

However, Proposition 114, a ballot initiative directing the Colorado Parks and Wildlife Commission to develop a plan to introduce gray wolves onto the Western Slope of Colorado, passed on November 3, 2020.

Proposition 114 directs the Colorado Parks and Wildlife Commission to:

Based on public feedback and CPW’s expertise in developing wildlife management plans, the Commission is moving forward with a strategic phased approach that will facilitate robust stakeholder engagement in the early stages of the planning process.  CPW has formed a Stakeholder Advisory Group (SAG) to oversee wolf reintroduction and management in Colorado. The SAG will represent diverse wolf management interests that will convene to support the development of the gray wolf management plan for Colorado.

Schedules and agendas for upcoming Parks and Wildlife Commission meetings are available on the Commission Meetings page https://cpw.state.co.us/aboutus/Pages/CommissionMeetings.aspx .

Sign up for CPW’s Conservation eNews and follow us on social media to receive email updates concerning wolf management https://cpw.state.co.us/aboutus/Pages/socialmedia.aspx .

Historically, gray wolves inhabited most of Colorado, but were extirpated. The last known resident wolves in Colorado were in the 1940s until the most recent discovery of two separately migrating wolves – one in 2019 and the other in 2021 – that produced a litter of pups in northern Colorado in 2021.

CPW typically fields around 100 sightings per year. However, wolf reports are typically not considered reliable without strong supporting evidence. Confirmed or probable wolf dispersals into Colorado have occurred in 2004, 2007, 2009, 2015, 2019, 2020 and 2021.

Although CPW cannot provide a specific population number for wolves currently in Colorado. As many as six congregating wolves have been identified by CPW staff, but that does not mean that is a definitive number of animals on the ground in the state.

So the question is, why “reintroduce” wolves when they seem to be doing it on their own?