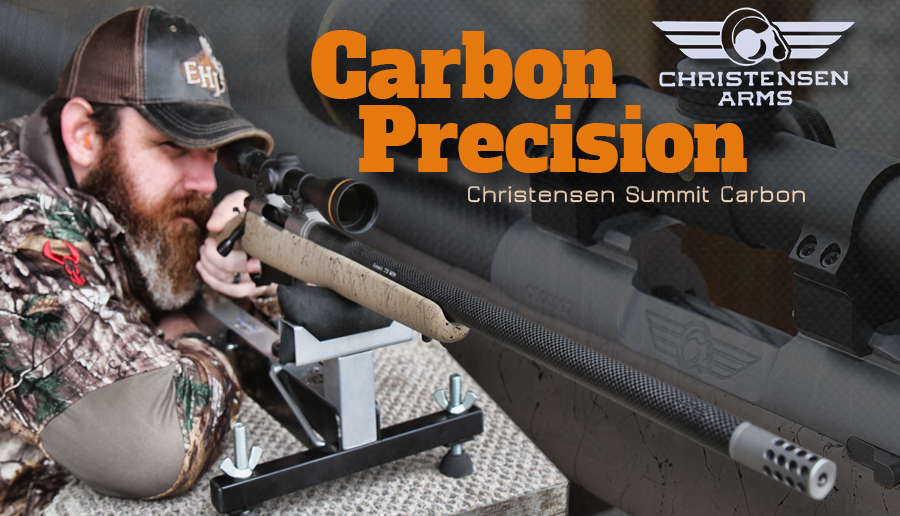 Carbon fiber rifles and hunting the West are nearly synonymous. The reason is simple – save weight. As the old adage goes, “Ounces are pounds, and pounds are pain.” Christensen has been in the business of sparing you pain for 20 years now and have more than made a name for themselves.

I can tell you with everything else I have to take on a backcountry hunt, I am certainly into the less “painful” route. With this in mind, Christensen Arms sent me their Summit Carbon to test, and test I did. I barely had the box opened and was running to the bench to mount a scope. The scope install was a piece of cake thanks to their picatinny bases that are milled into the receiver. After bore sighting and screwing on the titanium muzzle break, I grabbed some ammo, my range bag and made record time to the range.

This particular rifle was chambered in .270 WSM and I had some handloads worked up for Guy’s .270 WSM that I wanted to try in this rifle. Unbelievably (and out of sheer luck) the first round was dead center bullseye at 100 yards. One quick follow up shot to confirm and I had two 140 grain InterLock’s touching in the center of the target, easily at their ½” MOA guarantee. I was more than impressed at this point!

After making a quick elevation adjustment, I had three bullets touching 3” high at 100 yards. I threw one, but all were still inside of an inch. Now what to do? It took me all of five minutes to dial this rifle. I moved to the steel and proceeded to hit everything I placed the crosshairs on out to 500 yards. To borrow from Colonel Whelen, if the only interesting rifles are the accurate ones, then this rifle should redline your interest meter. I am sure your next question is, what makes this rifle so accurate? Well let me explain.

Christensen is unique in the fact that they don’t repurpose existing actions, barrels, receivers, bolts or stocks and accurize them. Instead, they build the entire rifle from the ground up with precision tolerances that would make the most seasoned engineer blush. Add to that a strong background in the aerospace/military industry, specifically with carbon composites, and you quickly realize where the accuracy comes from.

Christensen holds three different patents pertaining to carbon and its use on rifle platforms. They have a proprietary process in place that makes their barrels more rigid than their competitors and that rigidity relates to repeatable accuracy and performance. Even the quick five-shot string I shot held true, though the barrel was warm to the touch; it was by no means hot.

So at this point you’re probably saying, “So what? A rifle that costs nearly $6,000 should be that accurate.” I can’t argue with that one bit but for me the beauty of this rifle comes in its weight.

Weighing in at 6 lbs. (bare rifle) it’s not a monkey on your back; I barely knew it was there while chasing mule deer in northern Wyoming last fall, and that to me is worth the price tag.

Christensen has also told me they have some new stocks and receiver configurations coming out in 2015 so head over to their website, www.christensenarms.com to check out their current offerings and keep tabs on the new stuff. 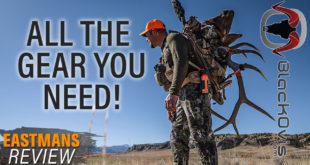