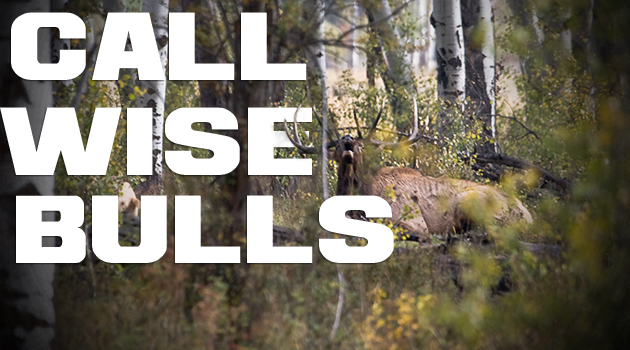 As late summer light melts off the West faces, velvet bulls materialize from the shadows for a lazy evening of feeding. Bulls are on easy street, packing on the pounds and inches of antler. Bulls are most visible this time of year, as their tender velvet keeps them out of the thick cover. As the month of August wanes, velvet becomes itchy and bulls start rubbing. Mature bulls begin to get antsy and territorial leading to them splitting off solo for a short time before the rut starts. They’ll stay in summer mode for about 10 more days, which means out early in the evening to feed and down late in the morning to bed in heavy cover. The extra time they are on their feet is the Achilles heel for the bowhunter. This short window gives you the best chance over any other time of the season to kill a big bull.

There’s a couple ways to do this and you’ll probably only get one chance. Depending on the state you’re hunting, the best time to kill a big bull using this method is from Aug 28th to about Sept 8th, give or take a couple days on either end of that. The tactics I’m going to discuss should apply for most of the West where you can find elk in open country or at tree line in the high country. The exceptions are much of New Mexico and Arizona’s elk habitat.

For spot and stalk I like to hunt open country at tree line. As long as you have conducive stalking terrain you’ll be in good shape. Once you locate a big solo bull, congratulations – that was the hard part. Watch him for a day or two and learn his habits. Make notes when he comes out in the evening and goes to bed in the morning and plan accordingly. You might have to wait a couple days for him to be in a good spot or he might be very killable immediately. There’s no do-all equation for knowing this it comes with experience. Obviously, terrain and wind are important and even the savviest hunter may struggle to get a bull killed in the high country.

For thick country like most of New Mexico and Arizona, with early season bulls you’re going to have to rely on bugling or sitting wallows. I have found that late August and early September produce the best wallowing activity, especially if it’s hot out. Setting trail cams will get you dialed on activity over wallows and can be effective helping punch your tag if that bull regularly makes visitations to the mud bath.

Bugling up a bull early in the season may be the most effective time to get a giant charging in trying to kill you. Big bulls are very territorial early in the month (first week of Sept) and mimicking a herd of cows with a small bull in his zone will drive him nuts. How do I know if a bull is going to be callable early in the season? Well, the bull will tell you. If you find yourself within hearing distance of a screaming bull before Sept 6th or 7th and he doesn’t have cows he is very, very vulnerable to calling. If he’s not talking much, you shouldn’t either. If he gets going, hit him right back with bugles and even cut him off with a challenge bugle. I’ve had several encounters over the years where I’ve got within 100 yards from a bugling bull, thrown out a couple cow calls with a small bugle and he doesn’t waste any time crashing in ready to fight. Worst case, he comes in downwind and silent. As long as you’re ready for that you’ll be in good shape and don’t forget to clip your release, the less movement the better. This is my favorite tactic in thick country. 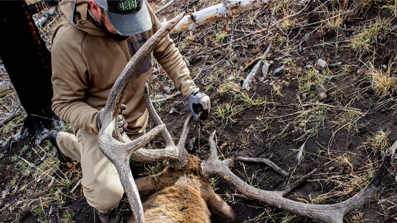 If you find yourself hunting a herd bull when he is with a harem, your odds of killing him go down drastically. Depending on the day, I have found that odds are he’ll be very difficult to call in. Or I’m just bad at calling. In general, the lead cow will dictate movement and activity of elk on any given day. This is where I change tactics and focus on the lead cow. She is going to dictate herd movement, lead the herd out to feed and to bed in the morning while choosing travel routes and feeding locations. There are a few exceptions to this but they’re pretty rare. This is where you need to be able to transition and get in the mindset of hunting the lead cow. If you continue hunting the herd bull you’ll find yourself a step behind the herd and end up chasing the herd for the duration of your hunt. Hunting the lead cow means thinking a step ahead of her either by intercepting the herd or spot and stalking while the herd is on their feet. You will find that the herd bull is easiest to kill while he is on his feet checking cows. I’ve stalked in to bedded herds and killed the herd bull a couple times but odds are mostly definitely not in your favor.

Hunting travel corridors takes us right back to keeping a step ahead of the bull you want to kill. A lot of places I hunt year-after-year in the West this teaches me not only the desired feeding and bedding areas of elk but the travel routes they are most likely to use to get to those locations. I love hunting around natural barriers and cliff edges which force animals through funnels or easily predictable locations. Saddles are other area in the mountains that are good places to pay attention to as well. Remember that deer, elk and just about anything travels the path of least resistance when not under stress. Use that to your advantage next time you’re hunting and take notes on movements and habits after each hunt. I find these notes very helpful for the next year and hunt the same spot. 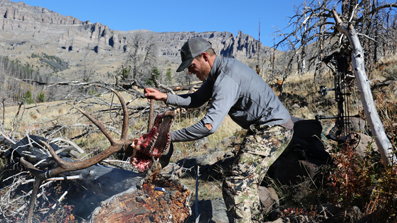 During my experience hunting elk, the moon phase and weather play a role in elk activity. Specifically, on clear, full moon nights, elk are going to be most active compared to cloudy dark nights, when elk are least active. The exception is during the peak of the rut. If cows are in estrus in the middle of the day, bulls will be breeding, no matter what the weather or moon phase is. Another factor that determines the duration of moonlit nights are the times that the moon rises and sets, so pay close attention to that as well when you are checking your sunrise/set tables because they change drastically each day. If the full moon rises early in the morning and sets early in the night, then it won’t matter; it’s going to be a dark night anyway.

A new moon is my favorite time because nights are the darkest and animal activity during daylight hours is usually peaking. This year the new moon is September 1st so it will be easy to keep track of when I plan my elk hunts. Moonrise and moonset also play a role on how bright each night may be.

Moonrise and set varies about an hour each day as the moon orbits around the earth. Here’s the good news. In 2016, the moon will be full September 16th with a rise at 6 a.m. and set at 7 p.m., so nights will be plenty dark around the full moon. The orientation of the moon calendar and rise and set calendars show that there will be no full nights of bright moon in the month of September, or even close to it for that matter. The nights that will be the brightest for the longest periods are right around the 11th and the 21st, with about a 2/3rd moon. So with that being said, the bright nights won’t be bright for very long in September 2016. Load your quiver and get after ’em! 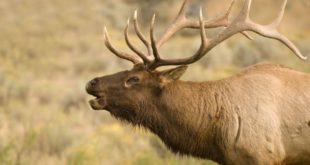 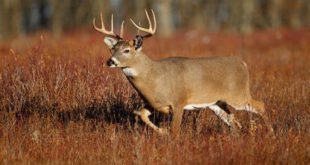 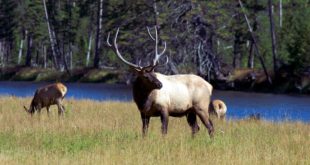 If you’ve ever drawn an elk tag in Wyoming, resident or non-resident you’ve probably received …