Trending Posts
Home / Bowhunting / Burning It Down: Will Fire Season Hurt Your Hunt?

Burning It Down: Will Fire Season Hurt Your Hunt? 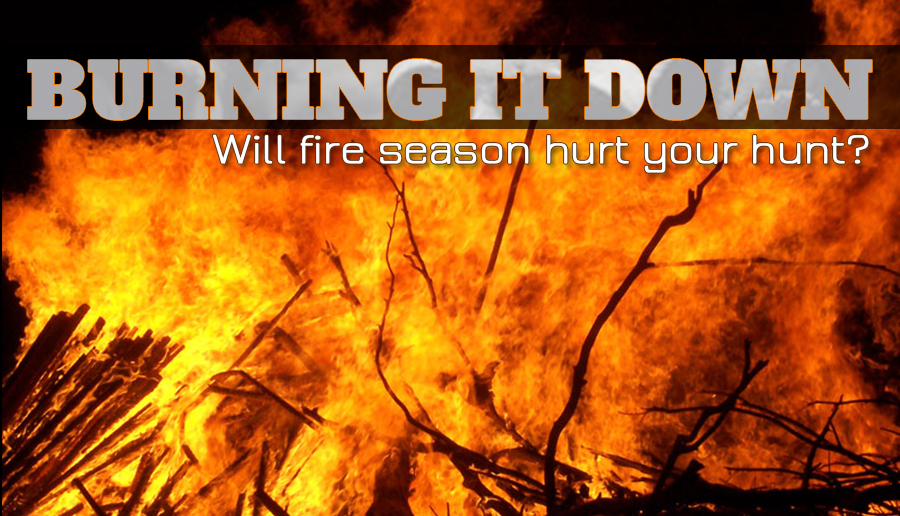 As I prepared the last part of this year’s series on weather and antler growth for this season I didn’t feel like I would be doing you any favors unless I included information on the major fires that are burning across the West. In early July the smoke rolled into the basin that we live in and it has been rare for us to be able to see the mountains around us clearly since. Dad’s homestead in the high country even landed squarely in the crosshairs of one fire.

In a very broad sense we will all be challenged by these fires this fall. Glassing will be much tougher in the early seasons with smoke lingering in valleys making it tough to locate animals at long distances.

Here are some of the most notable fires that have been raging across the West and could have an impact on your hunting season! These are the fires that are active as of this writing or burned enough territory to potentially change your hunt plans. There are others and it would be prudent to keep closures in mind as you plan your trip.

Wyoming:
The Cliff Creek fire burned into the heart of Region H, consuming 32,000+ acres. The fire sounds like it is under control but make sure you make backup plans if you have a tag in your pocket for this region. It should be open to the public by the start of archery season, but a flare up could change plans.

Colorado:
The Beaver Creek Fire was detected mid-June and has since grown to 37,000+ acres. This fire is in Northern Colorado and if you have a tag to hunt elk or deer in that region it would be wise to plan accordingly.

Montana:
The Copper King fire has consumed 21,000+ acres and is only 15% contained as of this writing. This fire is north of Eddy and east of Thompson Falls, burning primarily National Forest land. Hunting won’t necessarily be bad where this fire burned, but it is unlikely that there will be enough time for any undergrowth to recover and draw game in before the season opens in Big Sky Country.

Idaho:
This one hurts as I type it – 100,000 acres+ have burned in the Boise National Forest in the Pioneer fire. That’s a lot of area burned, and with only 40% of the fire line contained, it could take a while to contain this one. If you are going to be archery hunting in this area, be sure you know what parts of the region have been closed or opened.

Nevada:
The Hot Pot Fire north of Battle Mountain, Nevada probably had many of you worried as it burned 122,000+ acres. The northern Nevada region has excellent hunting for elk and deer and if you were one of the lucky hunters who drew an elk or deer tag there, keep track of fire activity in the region.

California:
To try and cap off California’s fire situation in one paragraph would be major disservice to the lingering drought situation there. If you are one of the many hunters in California who is trying to punch an early season blacktail deer tag, good luck. Somehow, every year a few of you kill great bucks there – keep the faith. Until then, we will let this weather channel video do the talking.

Oregon:
Oregon has two active fires burning that have crossed 30,000+ active acres and one that has crossed 20,000+. They are at a variety of containment levels and what they are burning varies. Stay up-to-date with their status here and if you have a tag in one of these, build your hunt plan accordingly.

Washington:
Most of the active fires in Washington are of the smaller variety. The Range 12 fire is now 95% contained after it consumed 176,000 acres of BLM, private and other federal lands. From the limited pictures, it appears to be a scorcher.

Arizona:
Looking at the fire reports for Arizona, it appears that there has been plenty of burning, but with the rise of the monsoon season many are dwindling. Arizona has also been lucky enough to have fires of the smaller variety with the exception of the Cedar Fire, Juniper Fire and the Fuller Fire. The good news is that many of these fires haven’t had updates in their status since July, which means undergrowth will be starting to pop up again. That means animals will be back exploring looking for fresh groceries. If you have a tag in one of these units it would be wise to scout and relocate displaced animals.

New Mexico:
The major fire of note is the North fire that burned 42,000 acres plus north of San Mateo Peak. The fire is 100% contained and seeding operations are under way to begin the restoration process. Fire shouldn’t be an issue for archery hunters as much as cleanup and restoration processes will be. Make sure that you monitor closures if you have a tag in this area as it could change your plans from day to day.

All in all, the thing to remember here is that fire isn’t a bad thing in the long run. Make sure you have subscribed to both Eastmans’ Hunting Journal and Eastmans’ Bowhunting Journal to receive the MRS and build your application strategy for the long run. Even in years like this where the haze from wildfires doesn’t seem to go away there is always a silver lining. Big antlers in the future and potential for a good hunt in some of those places this year!

Following in the footsteps of his father, Guy has taken up the reins and is now at the helm of the Eastmans’ Hunting Journal and the Eastmans’ Bowhunting Journal. A fine hunter in his own right, Guy has taken several trophy animals and has become an expert in trophy hunting as well.
Previous Raptorazor Giveaway!
Next Weather and Antler Growth Forecast: California, Nevada, Oregon and Washington