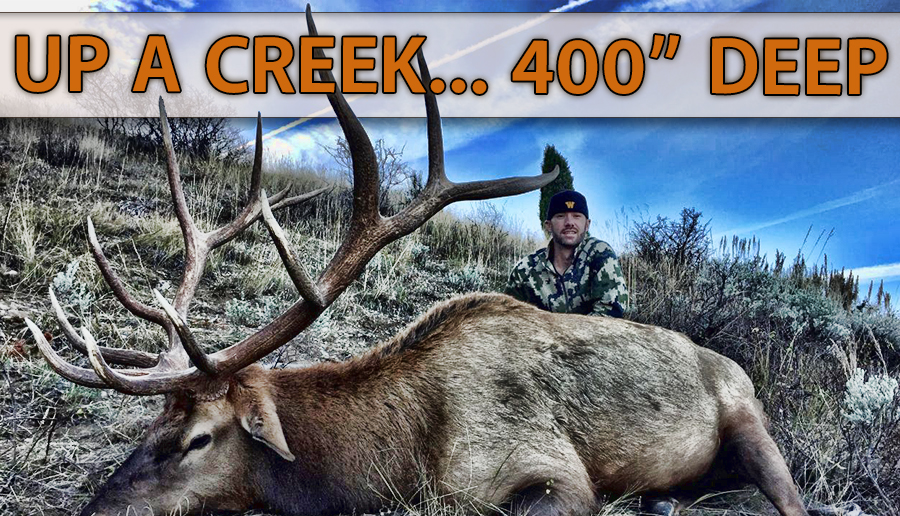 Unless you live under a rock, which I have seriously contemplated in this social media driven world, chances are you have noticed that a few people have fallen from grace in the hunting world.

Jeremie Lewis quickly developed a following on Instagram with the screen name @wyohighcountry and @highcountryhuntress. He claimed to be a good hunter and seemed to have trophies that elevated him in the minds of many people including a bull he killed in the fall of 2015. This was until rumblings started on social media that his bull, Mr. T as he named him, was actually a high fence bull shot in Idaho, not in Wyoming on public land.

He went so far as to create a YouTube video about the hunt, kill shot and all. But many holes in the story didn’t add up to a public land bull. The biggest red flag is the sound of a train in the background running its horn, meaning that he wasn’t as far back as he was leading people to believe.

Eventually someone used an Instagram profile called @highfencehunter to heckle Jeremie. Several creative memes from @highfencehunter and responses from @wyohighcountry claiming he killed the bull in a wilderness area in Idaho put the last nail in his social media followings’ coffin.

Within a few days of the first memes showing up his Facebook, Instagram, and website were all disbanded. His fall happened almost as fast as his rise in social media. He isn’t the only public figure, even though he was only on social media, to experience a backlash.

Theresa Vail recently plead guilty to killing two grizzly bears in Alaska when she only had one tag. The outfitter she was working with is likely going to lose his livelihood over the ugly incident. They claim it was a case of mistaking the second bear for one she had already legally shot. However, when the truth came out officials in Alaska discovered that the outfitter had acquired a second tag after they found two dead bears.

Sadly, if Vail and the outfitter had simply admitted to a mistake the consequences would have been much smaller, but because they weren’t honest from the outset about the incident the consequences will be much worse. The same could probably be said for Jeremie. The biggest beef people had was not that he killed a high fence bull, but that he pumped himself up as a strictly public land hunter, then lied about where and how he killed the bull to build his following.

We don’t believe in high fence hunting, never have and never will. However, we do believe in integrity and hope that as a whole we can look at these incidents and see that no selfie, Instagram, Facebook post, YouTube video or any other social media venue is worth sacrificing your integrity for. We should all remember that every time we take the time to take a selfie!

Ike Eastman is the President of Eastmans’ Publishing and oversees the daily operations of Eastmans’ Hunting TV, Eastmans’ Hunting and Bowhunting Journals, Eastmans’ Live Events including the Trophy Deer Tour, films in the fall and is hands-on in all facets of the company. Ike’s hunting knowledge and expertise has been shaped by more than 25 years of pursuing trophy big game across most of North America.
Previous Lion Kill Close Encounter!
Next Mexican Wolves in Colorado