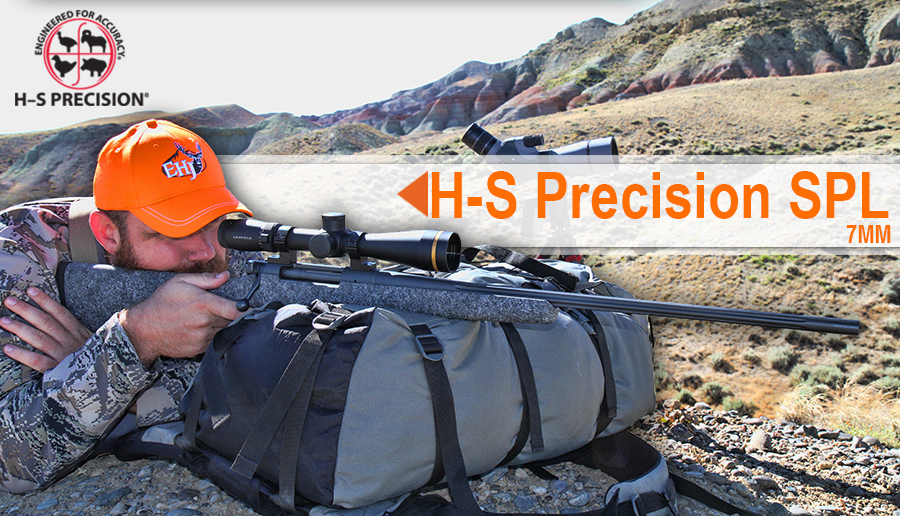 My taste in hunting rifles has changed dramatically over the years, much like one developing an appreciation for the finer things in life as they mature. Once I was perfectly content with the best rifle I could find off the shelf. That purchase was usually dictated by price and I would buy what I considered at the time to be the most accurate rifle I could afford. That approach yielded some spectacular shooters and some less than stellar. My favorites have found their way into my gun safe or slung on my shoulder come fall, while the others were sold into oblivion.

I am assuming many of you have a gun-buying background similar to mine. And as such, you probably question the sanity of anyone willing to pay $2,000, $3,000 or more for a hunting rifle, let alone putting a scope that costs nearly as much on that bad boy. I mean what could that rifle possibly do that my factory one can’t? Dead is dead, right?

As I matured in the rifle world and my tastes for a fine shooting long arm became more refined, I found my answer and it’s simple – you can shoot nearly any ammunition through a custom rifle at MOA or better.

Now, before I raise the ire of my fellow shooters out there, I know there’s the exception and I know you can handload for nearly any factory rifle and get it to shoot well, but the top-shelf rifles seem to do it far more often, with far greater predictability and far less tweaking, all things considered – including factory ammunition.

I will confess that with the refinement of my rifle palate came fewer indulgent (or compulsive as my wife would put it) purchases than before, and oh how I do miss the excitement of bringing home a new boom stick (much to my wife’s chagrin). But other than saving my marriage, let’s take a look at what else separates a top-shelf rifle from the rest, and why it’s worth that eye-popping price tag.

Size matters. Over the years I have come to the conclusion that how tight your group is under ideal conditions, gives you more margin for error in the field. To further explain, let’s do some simple math.

Now, let’s take those same rifles into the field and fire them from a field-shooting position. Say you’re prone over your pack after you huffed up a ridge, the snow is blowing hard over your right shoulder and your heart is slamming against your ribs as you struggle to find your breath in the thin air. Here’s the kicker, a giant muley buck steps into a clearing 400 yards away (remember in this scenario we are not debating ethics, only the performance of the tools at hand). He has roughly an 8” kill zone. Which rifle would you rather make the shot with? Did I make my point? I hope so.

So what does all this lead to? Well, in enters one of my favorite custom rifles, the HS Precision SPL.

Long considered the backbone of the HS line, the SPL rifle is the quintessential, all-around hunting rifle. It’s not their lightest or most costly, but all the ones I have shot group ½ MOA or better with my handloads and factory Hornady Custom ammunition. It sports a 10X cut barrel that reduces stress and distortion during the manufacturing process, improving accuracy significantly.

At the heart of this rifle is a Pro Series 2000 action. The best way to think of this action is as a finely tuned, fully tricked out Remington 700 action. It locks snugly and cycles buttery smooth. The trigger is nothing short of world class and breaks crisp and clean, just they way you want it on a custom rig.

The composite stock is impervious to weather and hard use. It won’t swell in high-moisture environments like other stocks will that result in pressure points along the barrel and inaccuracy as the final outcome.

Chamber all of this in what I think is arguably the best western big game caliber, the 7MM Remington Magnum with 160 grain bonded bullets, and you’re more than ready for anything the Rocky Mountains can throw at you.

I bet you can’t guess what rifle I will be using on my elk hunt this fall?