The Greasy Hillside Of Outlawing Trapping! 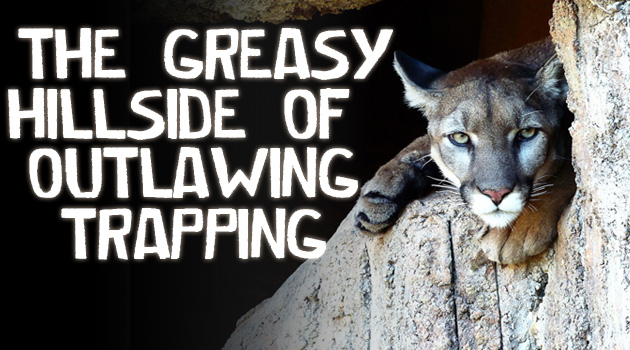 One Greasy Hillside to be Standing On: California Bans Fur Trapping and What That Might Mean for the Rest of Us

This is a very, very slippery slope indeed. Earlier this month the Wildlife Protection Act of 2019 was signed into law by California Governor Gavin Newsome. This law absolutely prohibits fur trapping commercially and recreationally in the Golden State. Although this is very bad news for trappers in California it may be a signal of even worse things to come down the pipe for the rest of us no matter where we reside.

First off, trapping is a western tradition which expanded the Western frontier in the early to mid 1800s. If not for trapping much of the West may look and feel very different to what we know today. Trapping is a tradition worth keeping if not purely for the conservation side of the equation alone but for the historical aspects that it represents as an integral part of our history as a country and our heritage as a conservationist rooted society.

There’s an age-old adage in environmental engineering that says, “the solution to pollution is dilution.” And this may be no different, as we now find ourselves as hunters to be the dilute. Our Western and outdoor traditions are not only being threatened and trounced on, they are being diluted by coastal transplants. The states of Colorado and Montana are being severely diluted by a steady tidal wave of influx by the states of California, Oregon, Washington as well as the East coast relocations. If you don’t believe me, just take a quick weekend trip to Bozeman, Boulder or Jackson Hole. This transfer of populous will not bode well for us as hunters in the future as many of these people bring with them their expectations, politics and votes. And to make things worse, many of the long-time rural residents of some of these states are moving to places like Wyoming and Idaho to get away from the political problems an influx like this brings with it. Besides California, extremely large influxes into Wyoming are coming from the states of Colorado, Oregon and Texas.

Colorado residents will more than likely lose their ability to trap in the next decade followed shortly behind by Montana and New Mexico. It’s coming and coming fast. I pass by the giant anti-trapping propaganda billboard in Billings every time I make a run to Costco. Colorado and New Mexico residents nearly lost their trapping rights earlier this year.

I am not a trapper, and never have been however I am a descendant of trappers and frontiersmen and I also understand where this is all headed. Much like the gun debate this is a very slippery slope and this is  just the beginning to outlawing more and more hunting related activities. It’s trapping today and predator hunting tomorrow and trophy hunting the day after. There is no quit in these ideals and beliefs. The extremists have finally learned how to use the court systems and the electoral loopholes to outlaw what they don’t want in society. As we all know, managing wildlife from the ballot box or the courtroom is a very dangerous endeavor and puts the entire North American Model of Wildlife Conservation and in jeopardy. A quote in the Los Angeles Times says, “The ban also comes as California lawmakers consider even more aggressive measures to protect animals and wildlife, often threatening age-old traditions.” Think about that for a moment. They are talking about you!

With the allure of the West becoming more and more appealing to the masses, domestic and foreign our lifestyle and heritage is at risk or dilution and extinction. This is one area where both hunters and ranchers will soon agree, because as they will not stop with just hunting, ranching is also in the cross-hairs by these extremists. Fisherman and farmers should be on full alert as well. These people will stop at nothing.

Following in the footsteps of his father, Guy has taken up the reins and is now at the helm of the Eastmans’ Hunting Journal and the Eastmans’ Bowhunting Journal. A fine hunter in his own right, Guy has taken several trophy animals and has become an expert in trophy hunting as well.
Previous Leupold SX-4 Pro Guide Spotting Scope
Next 7 Tips, Tricks and Tactics to Help Perfect Your Stalk 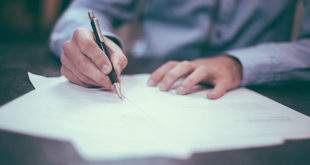