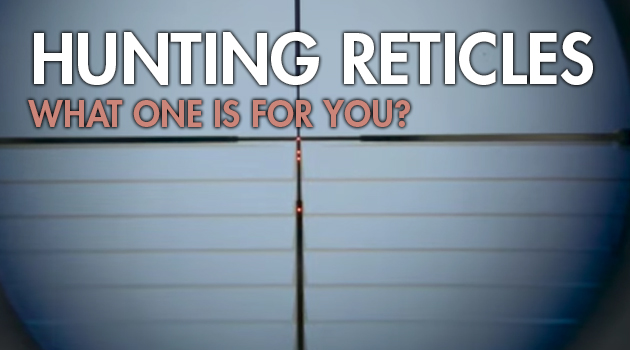 Much like with riflescopes, today’s western hunter is confronted with an endless sea of choices when it comes to reticles. Aside from the varying, confusing and often redundant design options, hunters must also choose whether they want a scope with a reticle in the first or second focal-plane. Aside from personal preference, the decision regarding which focal-plane to choose comes down to the type of hunting (and shooting) you wish to engage in.

Second focal-plane riflescopes were and still are the most popular choice amongst western hunters. Reticles in these riflescopes stay consistent in size throughout the magnification range. The advantages are straightforward in that the reticle will not cover up more of your target as you increase the magnification. The downside with second focal-plane riflescopes is that the point-of-impact will change when one changes magnification. Most hunters sight-in at maximum magnification. If you are within 300 yards of your target the point-of-impact change is negligible. Once you get much beyond that range, the change can result in misses or worse, wounding an animal. That’s not to say you cannot use a second focal-plane reticle for shooting at extended ranges. To do so accurately you will either need a “precision” style reticle (e.g. Zeiss ZBR) or an adjustable “ballistic” turret. That being said, changing your magnification will still result in a point-of-impact change.

First focal-plane riflescopes (very common in Europe) offer the exact opposite advantages and disadvantages to the second focal-plane riflescopes. The reticle increases and decreases in size according to the magnification adjustments. Since the reticle subtensions stay consistent in their relations to the target, there is no point-of-impact change. Therefore, your sight-in magnification has no bearing on the accuracy of the reticle/riflescope.

As long-range precision shooting has dramatically grown in popularity over the past decade, so have first focal-plane riflescopes and more “precision” oriented reticles. These types of reticles can be as complex as the Horus H59 and TReMoR3 reticles or a bit simpler like the SCR reticles found in Steiner and Burris riflescopes or the Leupold CMR. Given the complexities of these reticles, I do recommend pairing them up with a ballistic app on your smartphone.

The “precision” style reticles are also readily available in second focal-plane riflescopes. My first introduction to this style of reticle was with the original Burris Ballistic Plex more than 15 years ago. Since then, this “ballistic reticle” category has grown exponentially, with all major riflescope manufacturers sporting their own designs.

If these reticles are not your taste, then worry not. The much less cluttered styles of reticles are still the top sellers amongst hunters. These reticles are usually a variation of a plex or German 4A reticle, with the Leupold Duplex being the most famous and commonly used (or at least a derivative thereof).

These simpler reticles still must adhere to the same basic rules of either first- or second focal-plane riflescopes in terms of point-of-impact change. They tend to be less accurate at ranges beyond 300 yards but combining a Leupold Duplex reticle with an adjustable ballistic turret can make it just as accurate at extended ranges as any “precision” reticle.

In terms of western hunting, with the varying types of habitat found across the West, having a variety of reticle options can be an advantage. With many hunters opting for different calibers depending on the game they are pursuing, having different riflescopes/reticles can be a winning strategy. With most pronghorn hunting taking place over longer ranges, a more “precision” style reticle can prove highly effective. For game found in thicker vegetation, e.g. elk, a less fine reticle that is easier for the eye to pick up is the ideal choice.

If you are a “one rifle hunter” and in need of one reticle to do it all, then my recommendation is a second focal-plane “ballistic” reticle. Less cluttered and with more pronounced posts than most precision reticles, this style of reticle allows you to quickly engage your target at varying ranges and in any habitat or condition. With easily recognizable hold-over marks, they are also quicker to use than adjusting a “ballistic” turret.

Further advantages to these less complex ballistic reticles are that you can sight in at 100 yards (remember to use the maximum magnification), since not every rifle range has the facilities to accommodate long-range target placement. My recommendation would be to sight-in at 200 yards if possible, since this will extend the effective range of your reticle.

Regardless of which reticle you choose for which application, all of them require time at the range and plenty of practice. This practice time is especially critical when it comes to shooting at extended ranges. No amount of technology can guarantee success in hunting or shooting. The only way to mitigate inaccuracies is through constant practice. Always consider all variables at play before taking that shot, especially on game at longer ranges, since this is a critical part of being an ethical western hunter.

THE BDX SYSTEM IS ONE OF MANY OPTIONS FOR THE WESTERN HUNTER. WATCH BELOW! 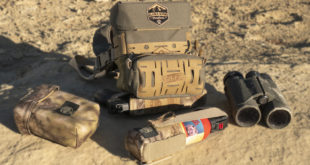 Ravus Bino Pack by Alaska Guide Creations – Made in the USA! 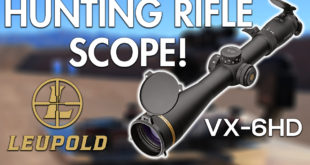 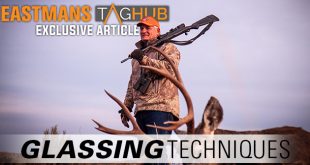 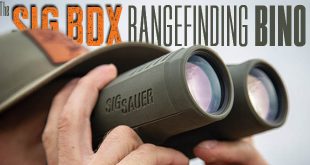 Sign up here for your chance to win a brand new SIG Optics BDX System! …