In EHJ’s 2016 June/July issue Dan Turvey, Jr. and I debated the merits of .30 cal vs. sub .30 cal rifles. The spirited discussion lead to an understanding that both trains of thought have validity and many rounds and calibers can do the job on western big game.

However, Weatherby took the discussion to the next level and has bridged the gap, so to speak, enter the 6.5-300 Weatherby. This round is pushing a 130 grain bullet at a screaming 3,476 feet per second (fps) muzzle velocity. Being a traditional .30-06 guy, this is a mind blower and potential game changer of a round. I had one gentleman that has been called my twin in the industry (yes, I use the term loosely) tell me that the 6.5x.300 is so fast that it actually makes the earth go back in time one whole second when you pull the trigger. I’m not sure if that is true, but it gives you an idea of what we’re talking about with this rifle!

The 6.5x.300 round is extremely flat shooting due to the speeds it is pushing, helping take some of the longer range gambles and/or guesswork out of the equation. This fact can help any shooter extend their personal effective shooting range to greater distances if they so choose. That doesn’t mean that you are all in favor or all against “long-range hunting”. It simply helps you as a shooter be more comfortable with the distances you may already shoot and potentially extend those distances if that is a personal goal of your’s.

In addition, the Mark V Ultra Lightweight rifle weighs 6.75 lbs. With the muzzle break, the kick of this high velocity yet lightweight rifle is negligible. I was amazed at how much the recoil wasn’t noticed even though the bullet is screaming out of the muzzle.

If you are in the market for a new rifle and are a speed freak who is after a very flat-shooting caliber, this Mark V Ultra Lightweight rifle may be what you’ve been waiting for. Visit www.weatherby.com for rifle and ammo information.

Previous New Mexico Bull Elk Hunt!
Next Which Boots Are Best For The Day Hunt? 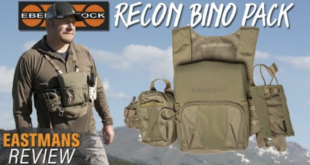 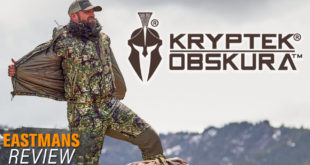 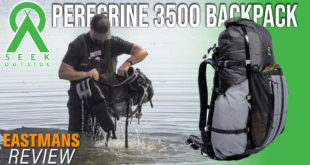