Mountain Goats On The Brink 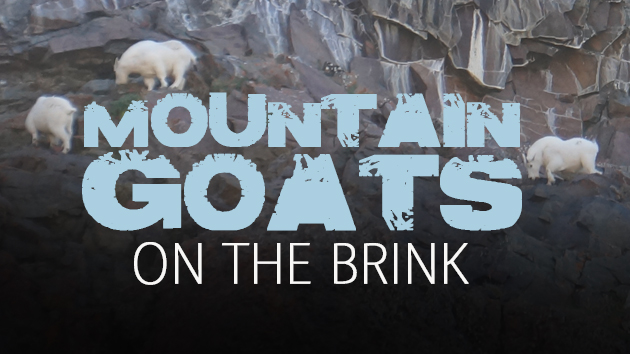 The largest mountain goat relocation project in American history is set to begin this September in Olympic National Park (“ONP”). Following a lengthy study, the National Park Service (NPS) decided to completely eradicate the entire mountain goat population from ONP over the next three years.

Mountain goats were introduced to the Olympic Mountains in the late 1920’s and the park service arrived in 1938. In what the park is calling an attempt to preserve native alpine plants, all of ONP’s mountain goats will either be live-captured and relocated or lethally removed.  In essence, the animals that are not successfully captured will be killed.

This fall’s initial capture will be a trial run to what amounts to a monumental and unprecedented relocation attempt coming in 2019 and 2020. The park estimates their goat population around 750 animals. The goal is to live-capture as many animals as possible and to gift them to the state of Washington.  To get a better idea, that is estimated at roughly 15% of the total mountain goat population in the lower 48 states. (I need to double check that number).

Currently, the plan is to relocate the live-captured animals to augment and revitalize native goat populations in Washington State’s Cascade Mountains. A live capture of this many mountain goats has never been attempted. Several agencies and organizations are working together to execute this unprecedented project.

One organization, the Rocky Mountain Goat Alliance, remains actively involved in efforts to capture and relocate as many of the mountain goats as possible.  Conservation dollars have been allocated to the purchasing of several collars to be used by Washington Department of Fish & Wildlife to track and study the relocated animals.

After the live-capture phase is deemed complete, the remaining mountain goats will be lethally removed. The current proposal is for the first wave of lethal removal to be executed by vetted backcountry volunteers. Hired government marksmen will likely carry out the final phase of mountain goat removal.

Unfortunately for the mountain goats, the plan is in place and moving forward.  However, there is plenty that can be done to alter the outcome of the relocation effort.  The more people get involved, the higher the number of mountain goats that can be saved. Stay tuned for more ONP mountain goat removal project updates.

Jason Peak is a practicing attorney licensed in Nevada and California. He specializes in civil litigation and holds the highest distinction as a Martindale-Hubbell AV-rated attorney. After receiving a B.A. from the University of Nevada in Criminal Justice and Juris Doctor from Willamette University in Salem, Oregon, he grew his practice into one of the largest Nevada-only civil litigation firms in the state. Jason uses his legal background to help hunters maneuver the legal maze of hunting regulations and rules. He is always willing to help hunters with any questions they may have. Jason loves bowhunting and chases trophy big game from California to Wyoming with the occasional stint in Kansas hunting whitetails.
Previous Beyond The Grid: DIY Wyoming Elk Hunt
Next Review: Ebelestock’s Technical Hunting Wear