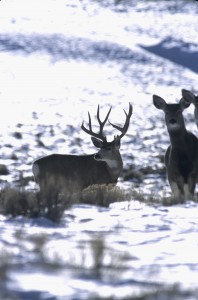 “Mule deer and pronghorn are already in poor condition going into this fall and there is simply not much for them to eat on their transition and winter ranges. We anticipate increased mortality in many parts of Wyoming even if we have a mild or normal winter.” –Doug Lutz, Wyoming Game and Fish Department

Based on the information in the latest press release by the Wyoming Game and Fish Department it seems as though the mule deer herds in Wyoming just can’t seem to get a break. Coming off of a brutal 10-year drought, Wyoming experienced a few near normal winters causing the deer herds make slight rebound as a result, but this slight uptick was then crushed by the winter of 2010 that decimated the deer herd in some areas by as much as sixty percent. Now it appears like the worst single year drought on record has put our mule deer and antelope herds into a corner where significant losses seem to be inevitable no matter what the winter and spring bring.

“The upcoming winter could present a double-edged sword to mule deer populations. If a heavy snowpack comes, especially in lowland deer wintering areas, significant mortality could occur. If the snowfall is light, the moisture-starved plants will be stressed further and the quality of the habitat will continue to deteriorate.” -WY Game & Fish Dept.

An unfortunately unique situation where a heavy snow year will certainly kill large numbers of deer that are already in poor shape for the winter because of the lack of feed caused by the drought. And on the other hand, if we don’t have a good snow year, which seems to be the case thus far, too many deer will certainly perish as further lack of forage is created by continued drought conditions, a double-edged sword that does not seem to bode well for Wyoming’s deer and antelope herds no matter what the weather brings our way.

If you’re sitting on a load of preference points this year for Wyoming deer and antelope, you might want to seriously consider holding out for a year or two longer to see how this situation turns out. The best-case scenario we can hope for would be a mild winter with good late spring and summer rain clear into early fall, particularly in the lower elevation sage habitats.

The MRS section of the February/March issue of EHJ should shed some additional light on this dire situation by putting some numbers and statistics to the Wyoming deer and antelope hunting conditions.

Following in the footsteps of his father, Guy has taken up the reins and is now at the helm of the Eastmans’ Hunting Journal and the Eastmans’ Bowhunting Journal. A fine hunter in his own right, Guy has taken several trophy animals and has become an expert in trophy hunting as well.
Previous Research and Reap The Rewards
Next The Next Big Thing: Digital Magazines Delivered 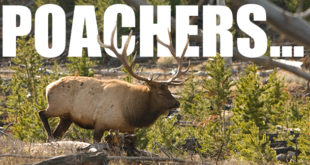 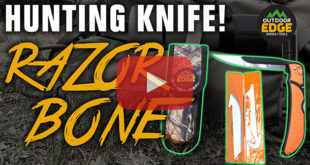