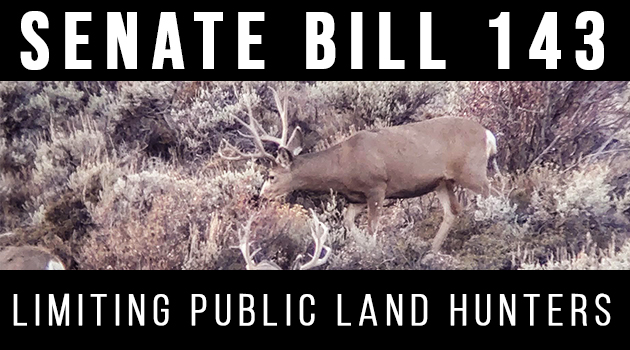 Senate Bill 143 was drafted in an effort to reserve a large percentage of nonresident hunting licenses to outfitters. This received a large amount of blowback from the public and has since been scratched from SB 143. SB is still alive though with the last remaining part still up for consideration.

The verbage states that 40% of the deer and elk combination licenses will be offered up in an early offering with an application period from December 1 – 31. The application fee is $300 and if you apply as a party it is still $300 per person. The bill instructs that the application fee will be used by the department to secure and maintain wildlife habitat. You still have the license fee on top of the application fee.

If the drawing does take place and you are unsuccessful, you will automatically be applied in the general drawing in April.

I don’t really see this bill as very complete and see a logistical nightmare for FWP to deal with this type of application process let alone enforcing the rules and making sure hunters stay on their sponsor’s deeded land. I do see the intent of what they are wanting to do here with Senate Bill 143 which was to give Outfitters the tags they need for clients and to limit the amount of people hunting on public land.

I personally have worked and hunted with many outfitters and clients over the last 10 years and also have hunted public land in Montana since 1998. Ultimately, I have never seen an Outfitter that has struggled to get hunters with licenses in general areas. There seems to be overbookings if anything and if someone doesn’t draw the general combination license, it’s not hard to find someone that does have the license in their pocket and is ready to hunt.

Previous TagHub Application Deadline Reminder 2021 WY Sheep, Moose and Goat
Next Get 6 Elk Bonus Points in One Year with This New Legislation! – HB 505 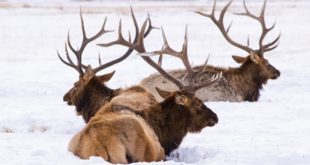 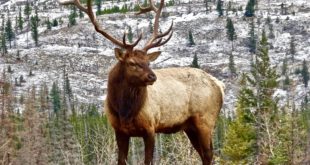 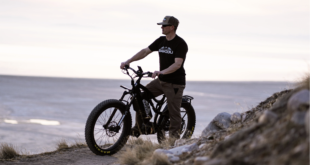 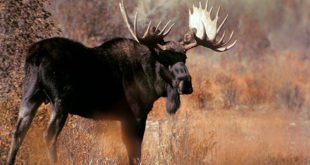 If you are one of the nearly 12,000 nonresident sheep or moose … 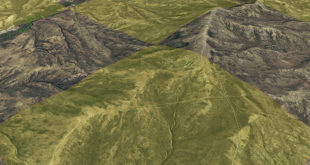 It appears that the Elk Mountain, Wyoming corner-hopping case has taken yet another turn as …