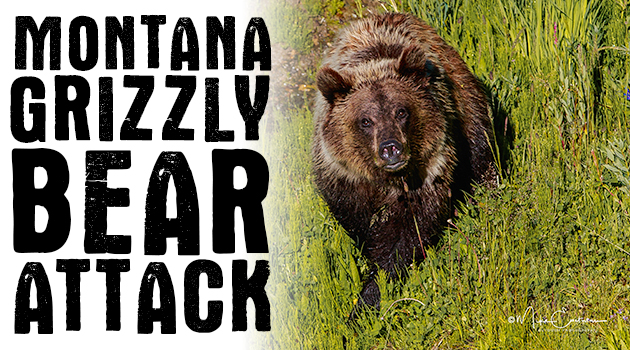 As the spring season progresses and hibernation comes to an end, there is always the unplanned risk of encountering a bear in the field. Amber Kornak was unfortunately an example of this experience and was mauled by a grizzly bear on the job.

Kornak, a 28 year old bear researcher in northwest Montana, had just begun her job a few days prior. Alone on a trip into the field, Kornak was busy collecting hair samples near a stream when a grizzly attacked her. Because she was a near a stream, it’s possible that Kornak did not hear the bear coming due to the noise from the water. Luckily, she was carrying bear spray and sprayed the bear during the mauling, which stopped it from continuing. Immediately following the attack, Kornak used a satellite communication device that she brought with her to call 911. Kornak suffered a fractured skull and multiple lacerations to her scalp, neck and back. Despite her injuries, she walked the two miles back to her vehicle and drove to get help. Upon getting help, Kornak underwent four hours of surgery and is now in stable condition.

While travelling and working in bear country, being prepared and constantly aware of your surroundings is of the highest importance. Kornak, despite her bad experience, was well prepared for the attack by carrying bear spray and a satellite communication device with her in the field. To learn more about being safe in bear country, check out the videos below: