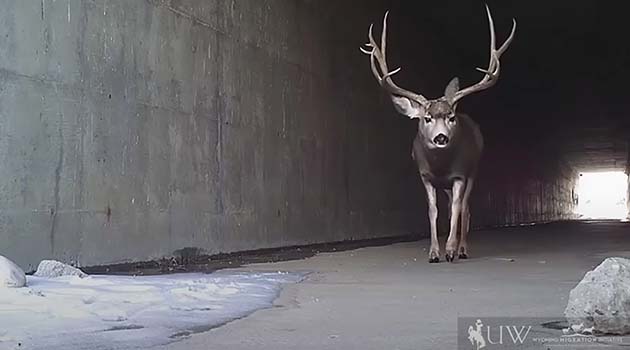 The U.S. Geological Survey (USGS) recently published a 2022 “Ungulate Migrations of the Western United States, Volume 2” Scientific Investigations Report. The 156-page report goes into detail on how ungulates such as elk, deer and antelope must migrate seasonally and the impact rapid human growth across much of the western United States has had on their migration routes.

Wildlife managers and biologists use global positioning system (GPS) collars to document seasonal migrations with great precision, allowing researchers to visualize year-round movements of ungulates. Tracking datasets often reveal migrations to be longer, more diverse, and more expansive than previously recognized. Among other things, research revealed a growing human footprint is limiting animals’ ability to undertake seasonal movements with increasing threats from roads, urban areas, and other man-made blockages to historical migratory routes (Lendrum and others, 2012; Sawyer and others, 2013;). The picture that emerged from this body of research is seasonal migration is a behavior essential to the health of many herds but is increasingly threatened for many ungulates throughout the United States (Kauffman and others, 2018; Tucker and others, 2018).

Many state wildlife agencies across the west have been collecting GPS tracking data revealing a wide diversity of migrations. In 2018, USGS forged a collaboration with participating western states to map ungulate migration corridors and winter ranges from 42 herds across 5 Western states. This was later expanded to include migrations and seasonal ranges from an additional 65 herds across most western states. Because such maps can identify key landscapes the majority of animals move through, they can be used to readily identify both existing and potential future barriers to movements and the conservation solutions to mitigate such threats (Kauffman and others, 2021). 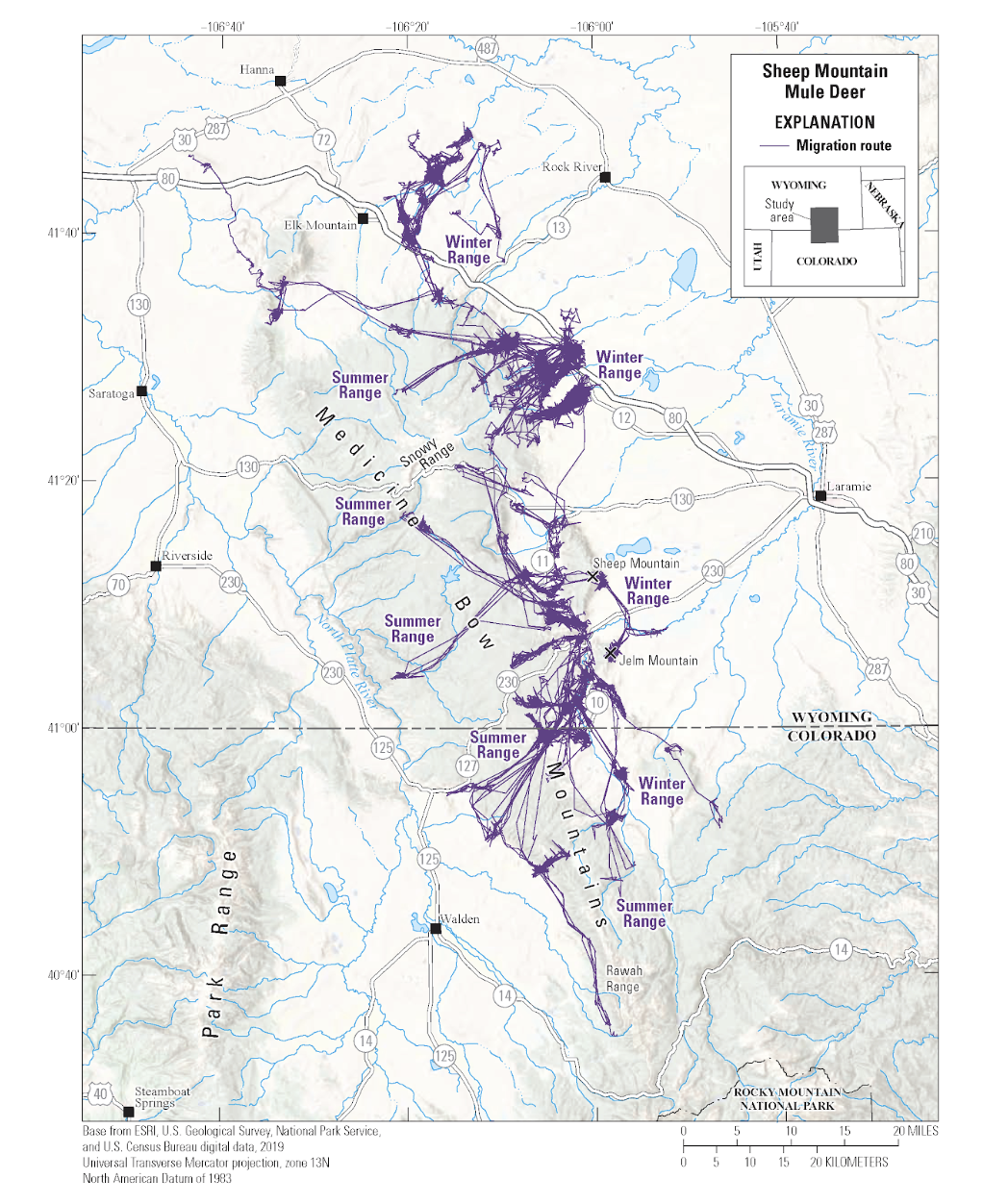 Migration routes of the Sheep Mountain mule deer herd from page 68 of the report.

These maps are instrumental in guiding on-the-ground conservation efforts for wildlife and land managers for the three main threats migrating animals face; roads, fences, and development. 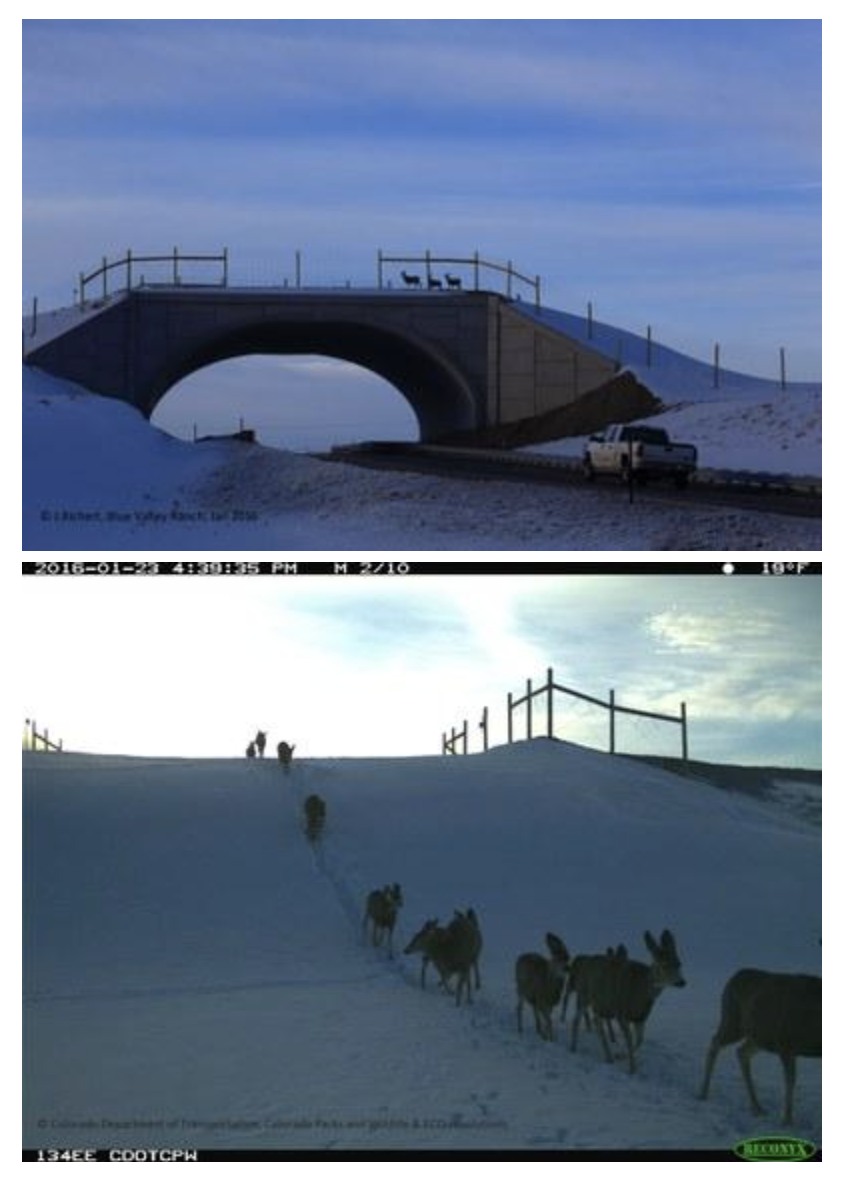 These photos were taken by cameras on the State Highway 9 overpasses and underpasses south of Kremmling, CO from 2015-2017.

Migration of ungulates is facilitated by the free movement of animals along traditional corridors. Work studying animal movements has shown mapping migration corridors provides the foundation for science-based management and conservation to sustain migration across working lands. This report, Volume 2 in the series, provides additional migration and winter range maps making new conservation efforts possible and furthers the opportunity to conserve the landscapes on which migrating herds of the western United States depend. 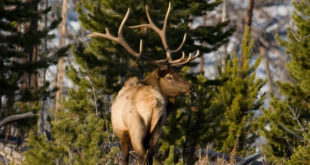 Conservation Vs. Preservation: A Stark Difference! 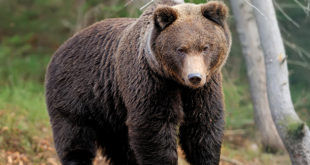 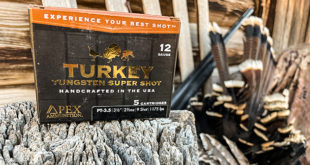