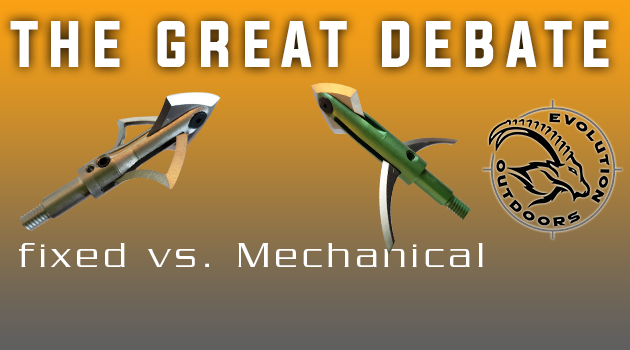 Archers are tinkers by nature. Even the old dyed in the wool guys that are set with their gear, get caught in the trance of the newest and latest every now and again. As with all things in life, in the early stages of new product introduction comes resistance from the status quo. Mechanical broadheads were no exception and hotly contested in the early years and rightfully so in many cases. To this very day their use is still debated amongst archers and it’s this debate that has almost caused the fracture of some relationships in my hunting circle.

So the question lies in the fact that should there even really be a debate anymore? I mean with the advancements of modern mechanical broadheads should it be a factor? I realize I have the burden of proof with this one so with that, Dan Pickar and I will dive right in….

DT: Without a doubt mechanicals have it over fixed-blade heads when it comes to having a significant cutting diameter that can be more accurately delivered than a fixed-blade of equal cutting diameter. I mean who has seen a two-inch fixed blade head? I sure haven’t and can guess if there were one it would be a nightmare to tune, dare I say impossible?

Not only that but with a larger wound channel comes a larger blood-trail that’s easier to follow in extreme terrain. We’ve all been there, X-ringed an animal, arrow stops in the off shoulder, only to have a poor blood trail as that big bull runs up or down a mountainside which leads to anxiety and more effort to recover them. Why not leave yourself a better trail to follow and the potential for a shorter recovery?

DP: I’ve shot a handful of animals with both fixed and mechanical heads. While most four-blade fixed heads I shoot have at least two-inches inches of total cut, a larger cutting diameter doesn’t necessarily translate into a better blood trail. I can confidently say I have experienced mind-blowing blood trails with fixed heads just as I’ve seen with mechanical heads. Bottom line is if you don’t make a good shot, you’re not going to get a good blood trail.

DT: With their smaller in-flight profile, mechanical heads usually impact the same as field tips at any range and also drift less in the wind. This is a huge factor when it comes to hunting out West where the wind is always blowing. It doesn’t matter if you’re out on the plains or above treeline you’re nearly always going to be shooting in the wind. So with a larger cutting diameter and less in-flight drag I think we are nearing perfection.

DP: As fixed heads have evolved over the years, they have been designed with shorter and shorter ferrules compared to the giant razorheads we used in the past. Shorter ferrules mean easier tuning with modern bows and significantly less drag in the wind. Low profile, fixed heads have become the status quo in modern archery which has made the drag problem a non-issue. Come to think of it, I can’t think of a time when I shot an arrow in a crosswind and was afraid of arrow drift. If the wind is blowing hard enough to affect my arrow, I probably can’t keep my pin steady enough to confidently release a good arrow in the first place.

DT: With the advancements in mechanical broadhead design, they have become nearly worry-free. Almost all have some sort of positive blade locking system that minimizes premature deployment of blades in flight or when brushed up against obstacles on a stalk. So I say, settle your pin and let’er rip!

DP: I would say there is more maintenance with mechanicals than a fixed head. Specifically while spot and stalk type hunting. Arrow nocked and stalking, I’ve had grass or leaves catch and stick onto the head and/or partially deploy a blade or blades, more times than I care to admit. I try to live by the K.I.S.S. principle (keep it simple stupid) and problems like that are just one more thing I don’t need to worry about while making a stalk during crunch time. Maybe I’m just careless with my broadhead but I’ve never had a problem with a blade catching and deploying with a fixed head. 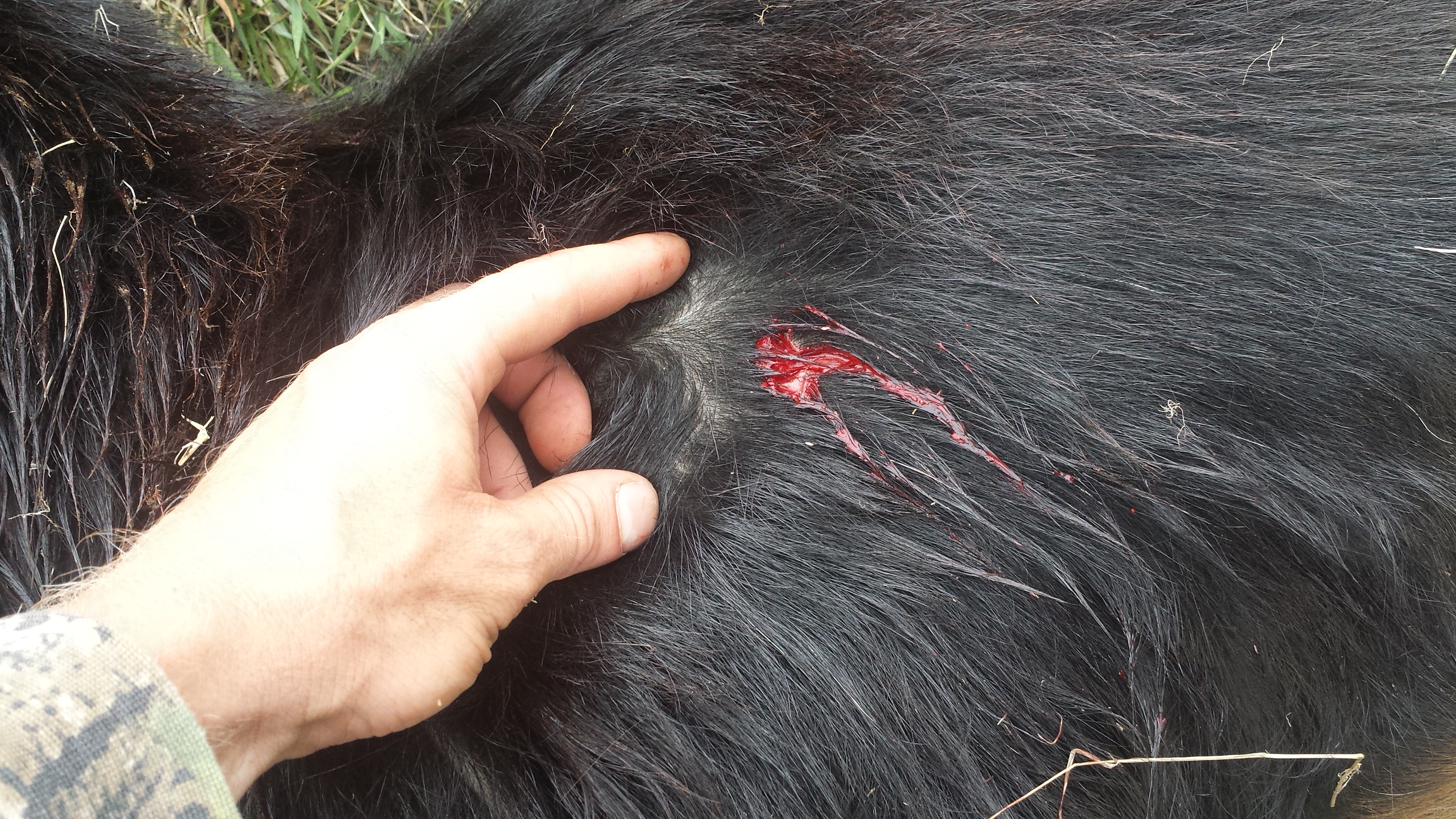 DT: Ooooh…here’s the biggie! Most fixed-blade guys will tell you that any fixed-blade head will out penetrate any mechanical. This is where the cracks in Pandora’s box are starting to show light. While on the surface this may seem true, there are lots of factors that go into efficient penetration of both styles of heads.

Tip design and blade angle are the top two in my opinion. A good cut on contact tip such as a Gravedigger or Grim Reaper combined with a shallow blade angle (which in my book means 35-40°) give you the ultimate combination of vascular/tissue damage and penetration depth rivaling any fixed-blade head. Let’s throw quartering shots into the mix. If you pick a quality reward deploying head like an Ulmer Edge or over the top deployer like a Grim Reaper with it’s spring blade retention system, you can sleep easy knowing your broadhead will penetrate the vitals when the time comes. So I guess I should say what’s not to love about a quality mechanical?

DP: I will admit, modern high-poundage bows have somewhat marginalized the broadhead penetration argument. Most of the time an expandable with penetrate and pass through an elk or smaller animal when perfectly broadside if you have a bow set up for it. Although I do find myself squirming a bit when I see hunters with lower performing bows shooting deer with expandables and getting five or six inches of penetration on a broadside deer. You might get away with it and make a kill, but the odds will catch up with you. As a bowhunter, I want equipment that is going to perform every single time I use it. That’s what a fixed blade does for you. 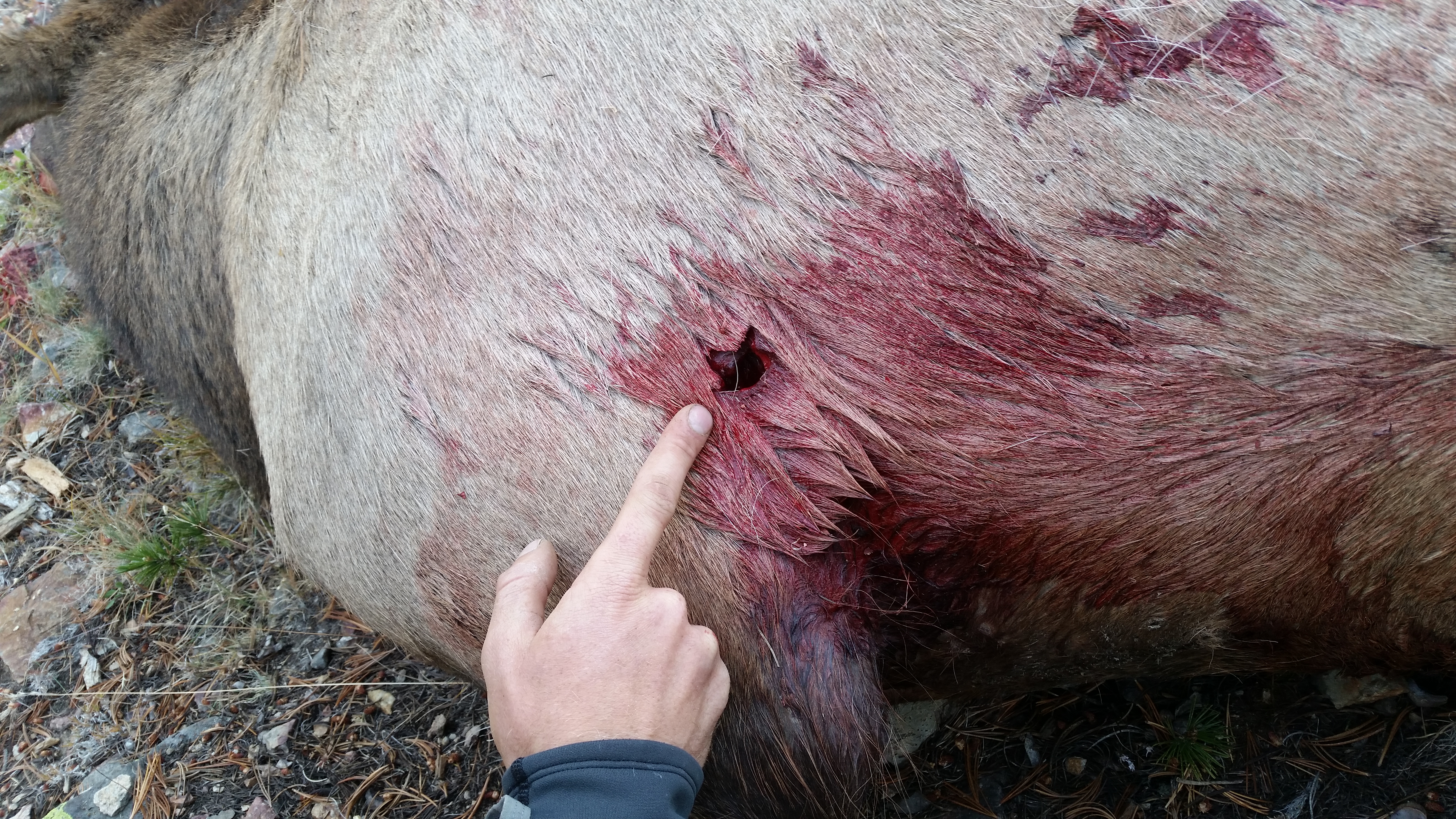 I shoot a pretty high-powered, hard hitting setup and don’t think twice about shooting a deer-sized or smaller animal in the shoulder with a fixed or COC-type head that I have confidence in. “Shooting for the shoulder” with a true expandable is something I would never consider. If I don’t get a pass through, an expandable will not shred and cut like a fixed blade as the animal is running off with the arrow sticking out of it. The moral of the story is a quality fixed head will ALWAYS perform. If it doesn’t, it’s because you made a bad shot. A mechanical head will perform MOST of the time, so that makes it a no brainer for me!

So there you have it from the two camps in this office. We hope this helps with the debate in your hunting circles, or maybe we just added fuel to the fire? 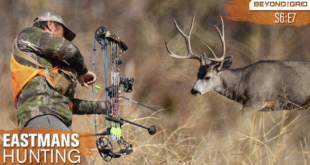 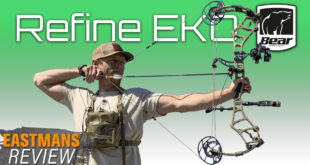 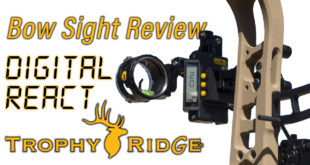 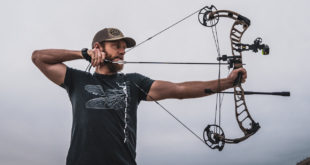