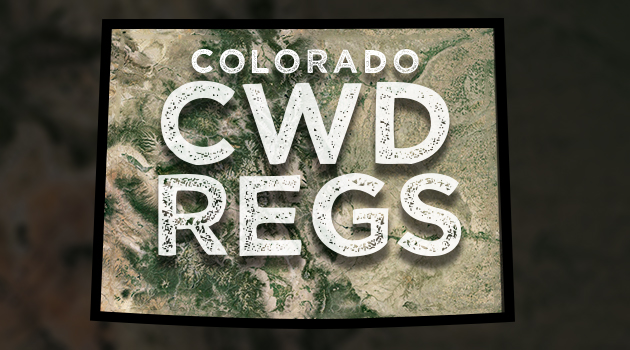 This year, if you have a buck deer tag in one of 31 Colorado GMUs listed below you are required to submit the head to a Chronic Wasting Disease (CWD) testing station. Here’s a list of CWD testing sites and their hours: https://cpw.state.co.us/Documents/Hunting/BigGame/CWD/PDF/CWDSubmissionSiteSch.pdf

Colorado Parks & Wildlife (CPW) wants you to bring the head in within 5 days. You must bring the head and 2-4” of the spine below the jawbone along with your license and give them the harvest date and the GPS coordinates of where you shot the buck or identify the location on a map. They want the head wrapped in cheesecloth and do not want it frozen. Don’t bring in your tag, keep that attached to the carcass.

If you are planning to have your deer mounted, that means you cannot just send the head/antlers to your taxidermist. You or the taxidermist must remove the antlers and fully cape the deer quickly so you can take the skull and contents to the CPW station. The CPW site will not cape your animal. That might mean more business for local taxidermists rather than shipping off to an out of state taxidermist. If you cape it yourself, it is much easier if you do it right away, but go slowly and be very careful around the eyes, ears and lips. Watch Eastmans’ Dan Pickar show you how to cape an elk on this video and the procedure is the same on deer.

Results of the CWD test will be posted online at https://cpw.state.co.us/CWD-test and should be sent to you within 15 days. In addition, you will receive a phone call and email according to what CPW has on file for you, so you’ll want to keep that information updated with them.

However, contrary to last year, the CPW will not refund your license fee, nor will they offer a replacement antlerless license.

Should you eat the meat if your buck tests positive? I wouldn’t, and according to the CPW’s CWD web page, https://cpw.state.co.us/learn/Pages/ResearchCWD-Submission.aspx  “public health officials recommend that people avoid exposure to CWD-infected animals” but there has be no evidence of CWD transmission to humans so far.

How prevalent is CWD? You can see current results by unit on this chart. The highest rates so far have been in the eastern plains, as high as 27% on mule deer. In the mountains, the highest rate in the table is 16% on muley bucks (units with only one tested animal excepted). Rates on whitetails run as high as 43% for DAU D-04 (GMUs 7, 8, 9, and 191).

Previous Alpine Start Instant Coffee Giveaway!
Next Protect Your Valuables- What We Store In Our Liberty Safes